WWE NXT “Takeover: Vengeance Day” is the new name for the next Takeover special scheduled for Valentine’s Day on Sunday, February 14.

WWE just confirmed the name this afternoon. “Takeover: Vengeance Day” will air at 7pm ET on the WWE Network that night, live from the Capitol Wrestling Center at the WWE Performance Center in Orlando, Florida.

Only one match has been announced for Takeover as of this writing – a Triple Threat for the NXT Women’s Title with Io Shirai defending against Toni Storm and Mercedes Martinez. It’s believed that the finals of the Men’s and Women’s Dusty Rhodes Tag Team Classics will also take place at Takeover.

As seen in the “Takeover: Vengeance Day” logo above, WWE is bringing back one of the original logos for the old WWE Vengeance pay-per-views from the main roster. The first Vengeance pay-per-view took place in 2001. It was changed to “Vengeance: Night of Champions” for 2007, and then retired until it was brought back as just Vengeance in 2011. This is the first time WWE has used the name since then.

Stay tuned for more on the NXT “Takeover: Vengeance Day” event. Below is WWE’s full announcement:

Love is in the air — and vengeance isn’t far behind.

What else will the latest TakeOver event have in store? 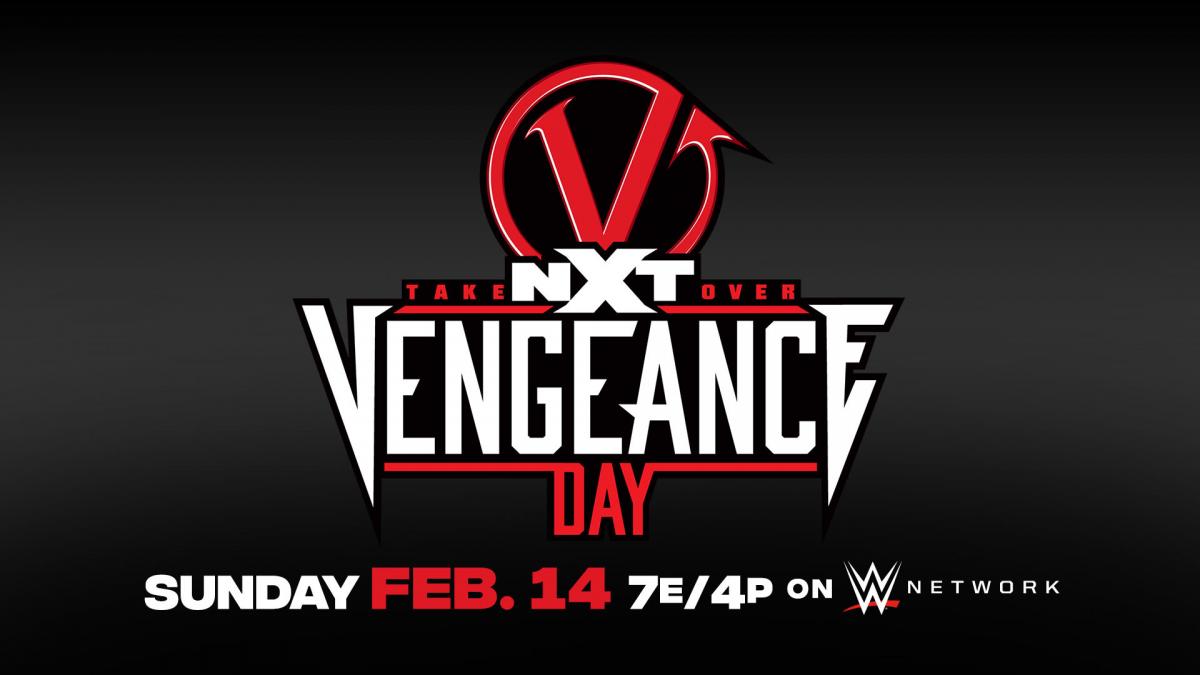