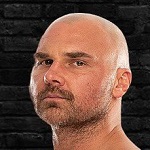 This week’s AEW Dynamite match between Dax Harwood and Jungle Boy was reportedly put together by Harwood.

As noted, there were people within AEW who were really looking forward to seeing the match air on Dynamite. The match featured Cash Wheeler and Tully Blanchard at ringside handcuffed to Luchasaurus, to prevent outside interference. Marko Stunt was selling the recent attack by FTR with his arm taped up. Jungle Boy ended up winning Wednesday’s match, forcing Harwood to tap out to the Snare Trap.

In an update, the Wrestling Observer Newsletter reports that Harwood is who put together the angle and presented it to AEW President & General Manager Tony Khan. Harwood’s goal with the angle was to make Jungle Boy come out of the match as a superstar babyface.

It was noted that everyone in AEW knows how Jungle Boy is a great athlete because of what he can do in the ring, but now the key is for him to take beatings and make comebacks in a fight-like situation. The idea here was that Jungle Boy didn’t just get a cradle win, but that he made Harwood, who had not lost a fall in AEW until this week, submit in the finish.

The post-match angle saw the wrestlers lose the handcuffs as Blanchard and Wheeler attacked Luchasaurus. Wheeler then hit the ring and took out Jungle Boy before FTR held Luchasaurus for a spike piledriver with Blanchard coming off the top turnbuckle. Luchasaurus was then cuffed to the ropes so Harwood could cut the horns off his mask. They went to cut Jungle Boy’s hair but Stunt ran out and threw a steel chair at them as Top Flight and SCU also ran out to help.

AEW named Jungle Boy their “Wrestle of the Week” because of the win.

“It feels like every singles match for @boy_myth_legend he just keeps getting better, which makes him our #WrestleroftheWeek,” AEW wrote.

AEW Executive Vice President Cody Rhodes reacted to the “Wrestle of the Week” award and said it was well deserved. He predicted more accolades for the 23 year old.

“Well deserved. At this rate, I imagine he picks up many more accolades like this,” Cody wrote in response to AEW’s tweet.

Jungle Boy also tweeted after the match and called it the biggest win of his career. He thanked Harwood for bringing it out of him.

“That was the biggest win of my career, and a match I will never forget. @DaxFTR, you are a son of a bitch, but thank you for bringing that out of me,” he wrote.

For those who missed it, below is a video Harwood vs. Jungle Boy, along with the aforementioned tweets, and tweets of praise from Jim Ross and others:

That was the biggest win of my career, and a match I will never forget. @DaxFTR , you are a son of a bitch, but thank you for bringing that out of me.

Thank you so much. I’m glad you enjoyed it. It was made even better by you being on the call. https://t.co/63gA945tNR

Just ‘cause you beat Jesse James don’t make you as bad as Jesse James, and Jack, I am the baddest. #TopGuys#FTR

I tried to murder that little bastard.

I’m a tag team wrestler. I’m upset about losing my first singles match in years, but my ultimate goal is to be @AEW World TAG TEAM Champions. Maybe, in time, I’ll take that TNT belt & be a double champ, just like a certain Enforcer.

Oh yeah, I have the best kicks in the business https://t.co/AtN2srj8gL