“The Kurt Angle Show” podcast to debut next month 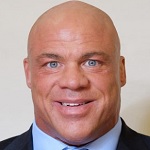 WWE Hall of Famer Kurt Angle is launching his own podcast.

Angle is partnering with Conrad Thompson to launch The Kurt Angle Show on Sunday, February 7.

Angle spoke with Justin Barrasso of Sports Illustrated and said the podcast will cover everything from his legendary pro wrestling career to his battles with addiction. Angle said he won’t be holding back.

“We’re going to have a lot of fun with this podcast and get into some great wrestling stories,” Angle said. “It’s true that I have a lot of stories to tell, and I won’t be holding back.”

A new episode of The Kurt Angle Show will drop every Sunday at 6am ET via Thompson’s AdFreeShows.com platform. Subscribers can access the first episode now, which includes video. The show will be presented by Westwood One, and will be available on Apple, Spotify and all major podcast providers.

“And for me, this is the best way to get my message out. I want to share my story, and I want to talk about those that influenced me—my brothers and sisters in pro wrestling. I hope my story carries through so people have the courage to keep fighting.”

Stay tuned for more from Angle.