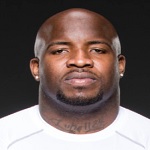 Moose is set to become a free agent in June of this year as his Impact Wrestling contract will expire then, according to Fightful Select.

There’s no word yet on if the self-proclaimed TNA World Heavyweight Champion will be re-signing with the company.

There had been some speculation on Moose re-signing for two years already as Executive Vice President Don Callis noted during Hard To Kill that Moose was signed to a two-year contract, which was done to try and get Moose to take it easy on AEW World Champion Kenny Omega. Moose was previously announced as signing a two-year contract in 2019, which led people to believe that Callis’ lines at Hard To Kill were a reference to Moose re-signing for another two years. That is not the case as the contract he signed in 2019 is set to expire this summer.

Moose is just one of several Impact wrestlers that will see their Impact contracts expire during the first half of this year.

A former NFL player, Moose originally signed with TNA in 2016. He is a two-time Impact Grand Champion.