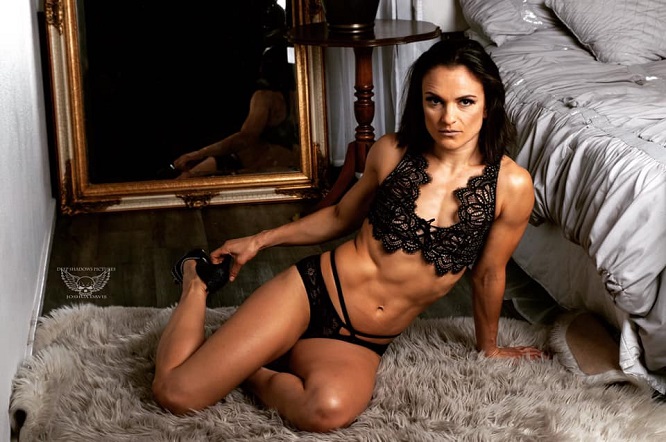 On the latest edition of Talkin’ Sass on VOC Nation, NWA and AEW star Thunder Rosa talked to Sassy Stephie about realizing her dreams of citizenship, voting for the first time, and women’s empowerment. Here are some highlights:

On voting in the 2020 election: “Yeah, I became a US Citizen in February 2019. Becoming a US citizen of me was one of the biggest things. I was looking for something in my purse, and I still have this sticker that I voted and it was my first time ever in 34 years. Even when I was in Mexico, I never voted. This election was really, really important for me because of everything that was happening in the world and it was one of the hardest things I’ve ever done, believe it or not.”

On working to allow women to set their own boundaries, and not be subject to the boundaries that are set by male promoters: “Yes, yes we are. That’s the goal. I think the goal is to educate, to empower and to allow women to be themselves. I think that their important because I feel like, for so long.. there’s like such a thin line for us women that we can’t cross (it) sometimes. Because if you cross it you can be labeled as this and that and that because this business has been run by men for such a long time. And (the men) are the ones who set the rules. So I feel like if we allow women to be themselves, to own their sexuality, to own their own persona in their own way, and we teach people to respect that, we are going to make a change. But in the meantime it is going to be hard because we are challenging the status quo of society and challenging that status quo of the wrestling business… It’s like so interesting how our sexuality has been exploited by men, for them to like sell the bras and panties (and) the strip down. But then when a woman is trying to do something similar (because they) want to do it (as part of their act) (male promoters are) like ‘whoa whoa whoa what’s going on.’ It’s like she (was) allowed to do it (when promoters) did it before but now because she’s independently doing it now you are like saying that that’s wrong. That’s like the very thin line. But I always tell the girls, You (ladies) do what you want to do and it’s on your morals, and on your limits, and it’s your boundaries. And you have to learn how to have boundaries and how to set your boundaries. If you feel comfortable you can do it, if you don’t (feel comfortable) don’t do it. It’s always like that.”

On advice she gives to young women performers: “In 2021 (I am) definitely organizing a lot of stuff to educate our workers… with anything that has to do with contracts… social media, editing videos all that kind of stuff because that is a way the can become their own, you know business owners. Their brand is their business. And just like educating them that way and opening doors and opening opportunities for them I think it will go a long way. (I want to do) this for workers, referees, for people in production. I mean we really wanna do something different… with that comes a lot of backlash and a lot of like you know…criticism because it’s new and when you’re doing something new people are afraid of it.“

You can listen to the entire interview below. Talkin Sass drops on VOC Nation and all major podcast platforms every Thursday at midnight.