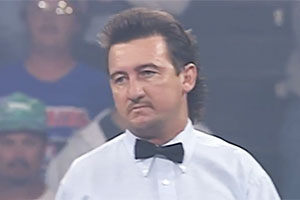 – Anderson was known as a referee for the NWA & WCW. He was nicknamed Pee Wee. He won a state championship as an amateur wrestler in high school.
– February 17, 1997, Anderson defeated Nick Patrick on WCW NITRO.
– May 7, 2002, Anderson passed away due to testicular cancer.