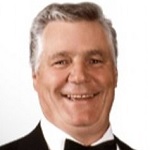 WWE is paying tribute to WWE Hall of Famer Pat Patterson on what would’ve been his 80th birthday.

As seen below, WWE posted several photos of Patterson and wrote, “Honoring WWE Hall of Famer Pat Patterson on his birthday. #ThankYouPat”

WWE has also released the trailer for “My Way: The Life and Legacy of Pat Patterson” from WWE Network Documentaries. The doc will premiere this Sunday at 10am ET on-demand, and then air at 8pm ET on the live feed. That documentary will focus on the life and career of Patterson.

“I learned so much from Pat, in ways that I really can’t articulate,” Vince said in the trailer seen below.

Patterson passed away back on December 2 at the age of 79. His official cause of death was liver failure caused by a blood clot.