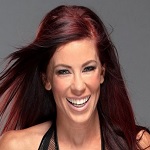 Madison Rayne recently spoke with Ryan Boman of Sportskeeda to discuss her time with Impact Wrestling and her retirement. Saturday’s Impact Hard To Kill pay-per-view saw Rayne announce her retirement from the pro wrestling business. She and husband Josh Mathews had worked the Impact announce table for the past year, but now Rayne is moving on and Mathews has been promoted to the role of Senior Producer for the weekly Impact TV show and pay-per-view events.

Rayne recently earned a college degree and is moving on from pro wrestling to pursue other opportunities outside of sports entertainment. It was recently reported that she was taking on a full-time non-wrestling job. Rayne commented on how now is the time to move on.

“This business… I have given it so many years of my life, but it has given infinitely more back to me,” Rayne said. “In the sense that, for the first seven years of my daughter’s life, I haven’t been sitting behind a desk, and committed to a structured schedule. And, I spent so much time with her that a lot of parents don’t get in those early years.”

“But, I think it’s time now to pivot, and to… you know, I just graduated from college in December. So, it’s time to put those student loan dollars and that degree to use.”

Rayne admitted that there will be growing pains as she adjusts to “real world” life away from Impact.

Rayne is leaving behind a legacy in the Knockouts division. She said she appreciates her accomplishment, but she owes everything to the wrestling fans.

“It’s so simple and (the fans) deserve so much more, but literally all I can say is, thank you,” an emotional Rayne said. “Because, I have out-lived the ‘expiration date’ that most people place on a female performer. And, I have gotten to see places in the world that I could never have imagined… and done things and met people that, in my wildest dreams, I could never imagine doing.