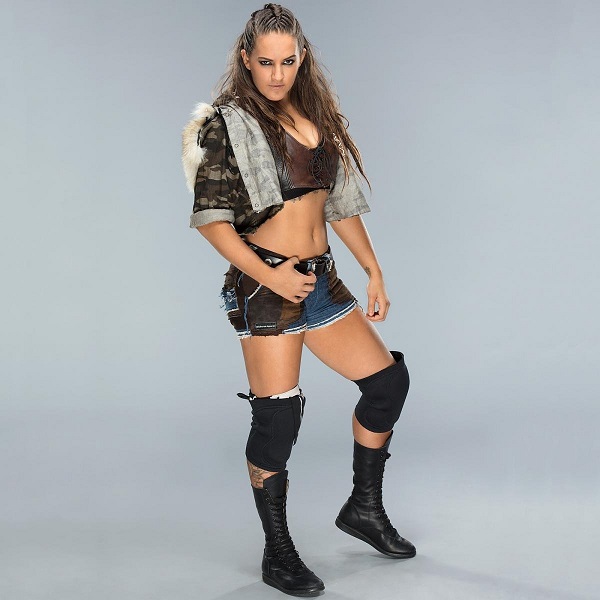 Former WWE superstar Sarah Logan recently appeared on Excuse Me: The Vickie Guerrero Show to discuss lots of different topics, including whether or not she would consider returning to wrestling.

Logan was released by WWE back in April, and she and her husband Raymond Rowe (Erik of the Viking Raiders) are awaiting the birth of their first child together.

As for potentially returning to wrestling after her pregnancy, Logan admitted that she’ll be back at some point given her career background (via Fightful):

“If I’m able to finagle a way to comfortably have my kid on the road, I don’t see why I wouldn’t come back full time,” Logan said. “Me and Ray rent an RV and drive to each town and Cash is with us, but I have a farm. My mom can only take care of it so much, so part of me is like, ‘I’ll come back part-time.’ With WWE, you don’t really get to pick how you come back. I will come back to wrestling in some capacity, I’m sure of it. It’s pretty much all I’m really qualified to do,” she said.

While Logan has been away from the ring, she continues to stay active with her YouTube channel.

As for Rowe, he’s wrestled sparingly over the past several months after his partner Ivar had to undergo neck surgery, with Rowe’s most recent match coming on the Nov. 9 edition of Main Event.