New matches announced for the Impact Hard To Kill PPV 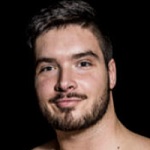 Ethan Page vs. The Karate Man in a cinematic match has been announced for the upcoming Impact Wrestling Hard To Kill pay-per-view.

The Karate Man is Page’s alter ego. The cinematic match is being done as Page’s exit from the company as his contract just expired, making him a free agent.

A Barbed Wire Massacre bout has also been added to the pay-per-view with Sami Callihan taking on Eddie Edwards.

Impact has also announced an Old School Rules match for Hard To Kill with Eric Young, Joe Doering and Cody Deaner vs. Tommy Dreamer, Rhino and Jake Something.

The Impact Hard To Kill 2021 pay-per-view will take place on Saturday, January 16 from Skyway Studios in Nashville, Tennessee. Below is the updated card: