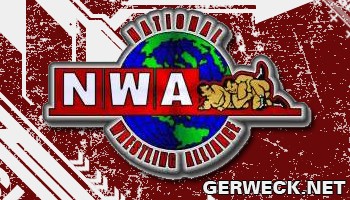 “I seriously appreciate the support that I have received for the duration of my time as an active talent and promoter in pro wrestling. It is time to open a new chapter in my life by closing this one. I wish everyone the best.”

With a career spanning 20+ years as a pro wrestler & promoter, Matt Riviera promoted his first pro wrestling event at age 17, and made his in-ring debut at the age of 21.

Matt Riviera has won several championships over the years, including becoming a 3x NWA World Tag Team champion with Rob Conway, as part of a tag team known as “The Iron Empire”. Over the last few years, he has been involved in a high profile feud with WWE Hall of Fame member, Jerry “The King” Lawler.

In 2014, Matt Riviera promoted the Mid-South Legends Fanfest during WrestleMania 30 weekend. This event, which included appearances by “Cowboy” Bill Watts and many others, is the ONLY FANFEST IN HISTORY THAT HAS EVER BEEN HELD in dedication to the Mid-South Wrestling territory. This event would also mark the last public appearances by Mr. Wrestling II, Kamala, and The Fantastics (Bobby Fulton & Tommy Rogers).

Matt Riviera’s final match was in the main event of the Jerry “The King” Lawler 50th Anniversary Celebration at The Ballpark in Jackson, TN on September 26th, 2020, in a Six Man Tag Team Thunderdome Cage Match, teaming with “Wildfire” Tommy Rich & “Dangerous” Doug Gilbert with Ron Ratcatcher to take on Jerry Lawler & the Rock n’ Roll Express with “The Mouth of the South” Jimmy Hart. Musical icon Kid Rock, and golf legend John Daly were in attendance for the event.