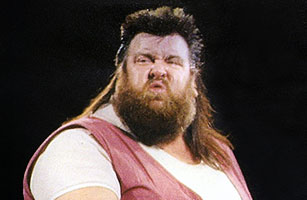 – Ruane appeared in the films Quest for Fire (1981) and Give My Regards to Broad Street (1984).
– Haystacks is also known as Loch Ness Monster & Luke McMasters.
– Haystacks held the ASW British Heavyweight Championship
– BWF European Heavyweight Championship
– Stampede International Tag Team Championship (2x)
– In January 1996, Ruane debuted in the United States for World Championship Wrestling, under the ring name Loch Ness. He served as a member of The Dungeon of Doom and feuded with Hulk Hogan. However, the feud was short-lived, ending abruptly when Ruane was diagnosed with cancer and returned to Britain.
– November 29, 1998, Haystacks passed away due to lymphoma.