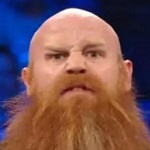 Rowan appeared on this Wednesday’s Brodie Lee Celebration of Life edition of AEW Dynamite to pay tribute to his former tag team partner. Rowan came out during the six-man match that saw Jon Silver, Alex Reynolds and Hangman Page defeat members of The Inner Circle, taking out Wardlow with a slam. An emotional Rowan then held up a sign that said, “Goodbye for now, my brother. See you down the road.”

In an update, Rowan reportedly has not signed with AEW and his deal was just to make the special cameo appearance on the Lee tribute show as a surprise, according to the Wrestling Observer Newsletter.

It was noted that things can obviously change in the future, but right now the former Bludgeon Brother and Wyatt Family member is not part of the AEW roster.

Rowan was released in April of 2020 due to the COVID-19 budget cuts. He’s made some indie appearances since then, and lost to Fred Rosser by DQ in the United Wrestling Network World Title tournament back on October 31.

Stay tuned for more on Rowan’s future. Below is a clip from his Dynamite appearance, along with his tweet of the sign he held up in the ring: