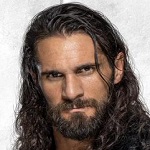 It looks like Seth Rollins’ return may have been nixed from Friday’s SmackDown on FOX, the first show of 2021.

As noted last week, the WWE On FOX Twitter account released a promo for Rollins’ return on the New Year’s Day edition of SmackDown, which airs tomorrow. While WWE created the promo, Rollins’ return was never promoted by the WWE website or the official WWE social media channels.

It should be noted that the video promo has been deleted from the WWE On FOX Twitter account.

Furthermore, Rollins’ return is not listed in the official SmackDown preview for tomorrow night. We noted earlier today how WWE is now advertising the following for tomorrow’s show:

Rollins has been away since the WWE Survivor Series pay-per-view on November 22, taking time off to be with fiancee Becky Lynch as they welcomed their first child together earlier this month.

Stay tuned for more on Friday’s SmackDown on FOX and Rollins’ status. Below is the deleted promo that was released late last Friday by the WWE On FOX account:

2021 on FOX kicks off with fireworks with the return of @WWERollins!