More on next week’s Impact episode 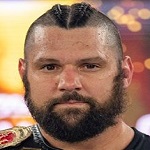 Two new matches have been announced for the first Impact Wrestling episode of 2021.

It was announced last night that Eric Young and Joe Doering will take on Rhino and Cousin Jake. Also announced was Blake Christian vs. KC Navarro vs. Crazzy Steve vs. Ace Austin.

Impact has also confirmed the last semi-finals match for the Knockouts Tag Team Titles tournament for next Tuesday night. It will be Jordynne Grace and Jazz taking on Havok and Nevaeh. The winners will advance to Hard To Kill to face Tasha Steelz and Kiera Hogan in the tournament finals.

Below is the updated line-up for the first Impact of 2021:

* Semi-finals for the Knockouts Tag Team Titles Tournament: Jazz and Jordynne Grace vs. Havok and Nevaeh

* Eric Young and Joe Doering vs. Rhino and Cousin Jake

.@AEW World Champion @KennyOmegamanX and The Good Brothers w/ @TheDonCallis will appear on IMPACT NEXT TUESDAY at 8/7c on @AXSTV! #IMPACTonAXSTV pic.twitter.com/ul5ZnqTg5c