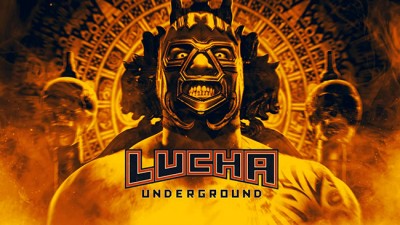 El Rey Network, which brought Lucha Underground to wrestling fans, is shutting down at the end of the year. CableFax reports that the network from Robert Rodriguez will cease operations on December 31st.

El Rey aired a host of content both new and acquired during its seven years on the air such as From Dusk till Dawn: The Series, Matador, Texas Justice, El Rey Nation, and more, but for wrestling fans it was best known as the home of Lucha Underground which operated for three seasons. Since the promotion folded, the network has stayed in business with wrestling content in a lesser capacity through the talk show Vampiro: Unleashed.

The writing was on the wall for El Rey after Univision announcd in November that it was divesting its stake in the network as it explores sale opportunities. El Rey has seen its carriage on networks dwindle over the past tear, being dropped by AT&T in January and Charter in September. It is down to around 13 million homes as of now.

Rodriguez said last month when Univision exited that he was “confident that with this strong foundation we will continue to successfully serve one of the most important and influential audiences.” There is speculation that the network may move its operations into a streaming capacity, where Rodriguez has found success with content like directing episodes of The Mandalorian for Disney+ and Netflix releasing Adventures of Sharkboy and Lavagirl sequel We Can Be Heroes on Christmas Day.

El Rey was originally launched as a condition of Comcast’s merger with NBCUniversal as a channel that supported minority audiences.