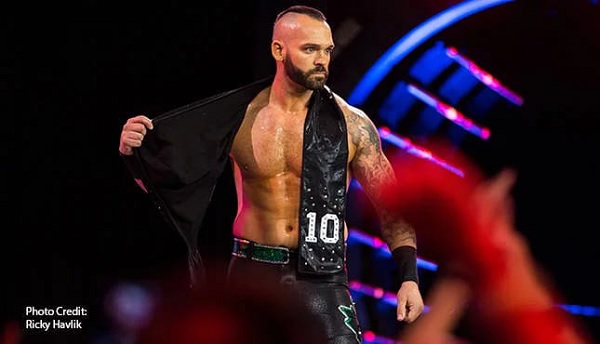 On this week’s episode of AEW Dynamite, Shawn Spears appears to be starting an angle showing he’s disgruntled with AEW management and Tony Khan. He stated, “I can work anywhere in the world with the talent that I have!” He added, “You can tell Tony Khan and all the executive vice pricks I’ll come back if I feel like it!” It appears Spears is selling the angle with his social media accounts.

It appears Spears has now deleted his Twitter account. Similarly, his Instagram page has been set to private. Additionally, his profile has been taken down from the AEW roster page.

Shawn Spears also noted during the interview, “I bet on myself. I left New York. The grass isn’t always greener. You can change the three letters, but you can’t change the glass ceiling. At least, not for me.”

You can check out a video of Spears’ interview from this week’s Dynamite below: