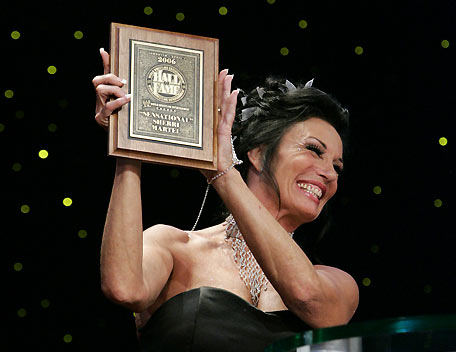 On the latest episode of Wrestling with History on VOC Nation, Ken Resnick talked about AWA Superclash 85 and the lead up to the show, disputes over the payouts, and the opportunity for national exposure. Here are some highlights:

On the AWA running the show in Superclash 85 Chicago: “Chicago was a big, big AWA market. It was clear that Vince was targeting Chicago, which I think in the 80s was the third largest market behind New York and Los Angeles. It was also a way to just generate interest. (It was) a huge outdoor show bringing AWA and NWA together.”

On how the wrestlers viewed Superclash as an opportunity for exposure: “I think the mindset was for a lot of (the wrestlers), this was (one of) the biggest national exposure (opportunities we had); it was being covered by all of the magazines. This was our chance to shine. With all the media focus (that was) on this show outdoors in Chicago, I think the focus of the guys was just ‘this is the time I can show how good I can be in this business under a huge spotlight…for most of (the wrestlers) this was the largest live crowd they’d ever performed in front of.”

On disputes over payouts for the show: “Having been in the AWA (and) around the Gagnes, any dispute about the house for that Comiskey Park show was not the first disputed gate that had been talked about in the AWA. They did not need a joint promotion to have disputed, questionable gate receipts…that mistrust was a well earned mistrust…sometimes payoffs turned out to be much less than the talent thought they were going to be.”

On mistrust by wrestlers over payouts before guaranteed contracts: “It was totally different back than then it is today. Today, the big negotiation comes from a guaranteed contract. In those days there were no guaranteed contracts. You got supposedly a certain percentage of the (gate)… Back then wrestlers would be upset thinking (and) looking at the crowd that they should have gotten a bigger payoff… The problem was, back then you had to take the promoter’s word for what the actual gate receipts were (and what the actual expenses were. It was kind of a well earned distrust.”

On TV setting up house shows: “The TV was basically an infomercial just to drive the tickets for the house show, and there was nothing more (important) than the house shows (were). So they certainly were not going to put this on TV.”

On Sensational Sherri: “Sherri was one of my favorite people, just as nice as could be… Sherri was wrestling Candi DeVine in Winnipeg. The referee was Marty Miller. For some reason, and I think it was a bit of a shoot, Sherri just didn’t like Marty. Back in those days, you remember how they use to pat down the wrestlers (and) check their trunks and check the bottom of their boots? Sherri would not let Marty pat her down. I was calling the match at ringside with Nick Bockwinkle… So Sherri climbed out of the ring, picked me up, and let me pat her down (instead). Nick Bockwinkle was just in hysterics. Sherri was terrific.”