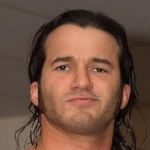 AEW star Trent of The Best Friends took to Twitter today to announce that he has a partially torn pec, and will be out of action for a few months.

“Hey I have a partially torn pec and will be out for months. It’s fine,” he wrote.

AEW did an injury angle on last night’s Dynamite episode where Trent was shown badly hurt in the back as he was placed in an ambulance while Chuck Taylor and Orange Cassidy rode with him. It appears that Miro and Kip Sabian are being blamed for the injury.

Trent last wrestled on the December 16 Dynamite show, in the 12-man tag team match that saw The Inner Circle defeat Best Friends, The Varsity Blondes and Top Flight. There is no official word on when he will be back.

Stay tuned for more on Trent’s status. You can see his full tweet below:

Hey I have a partially torn pec and will be out for months. It’s fine.