Photo: The Fiend and Randy Orton on WWE TLC poster

WWE has released a new promotional poster for the first-ever Firefly Inferno Match between Randy Orton and “The Fiend” Bray Wyatt at Sunday’s WWE TLC pay-per-view.

As seen in the photo below, the poster features scenes from some of the history between Orton and Wyatt, including a photo from when Orton set fire to the Wyatt Family Compound a few years back. Alexa Bliss is also featured.

There’s still no word on if Sunday’s match will be a cinematic-style bout from the Firefly Fun House, or if the ring will be surrounded like fire in previous Inferno Matches. 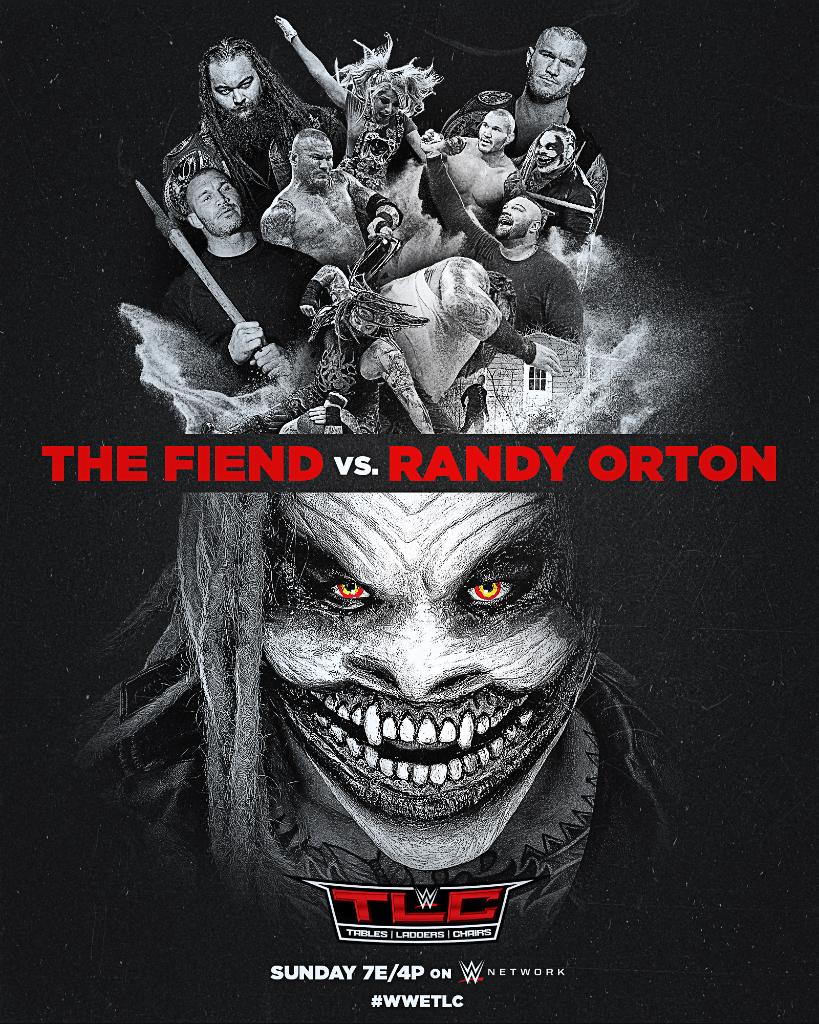