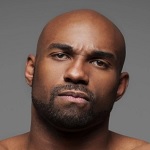 AEW and Rooster Teeth have announced a new weekly lifestyle video podcast – Wrestling With The Week.

The show will be hosted by AEW star Scorpio Sky and Funhaus creator James Willems. Wrestling With The Week will premiere on Monday, January 18, and a new 30-minute episode will premiere each Monday via all major platforms.

You can see a trailer for the new video show below.

AEW’s CEO, General Manager & Head of Creative Tony Khan is the Executive Producer of the new show, along with Activist Artist Management.

Stay tuned for more on Wrestling With The Week. Below is the full announcement sent to us today by AEW:

Produced by Eric Baudour (The Rooster Teeth Podcast, Mega64), the premiere episode of Wrestling With The Week debuts in audio and video streaming formats worldwide on Jan. 18, 2021. Wrestling With The Week is represented by Rooster Teeth’s The Roost Podcast Network, and is executive produced by Activist Artist Management and Tony Khan, CEO, GM and Head of Creative of AEW. Fans can visit WrestlingWithTheWeek.com for more information, watch the official podcast trailer at this LINK, and follow @WWTWpod for more information.

“AEW has revolutionized the wrestling industry with a fresh new take on storytelling and a world class lineup of talent,” said A.J. Feliciano, head of The Roost Podcast Network. “Fans want to know how it all came to be and continues to entertain week after week. With James and Scorpio Sky’s fantastic chemistry and hot takes as industry insiders, wrestling and gaming fans alike won’t be able to get enough of Wrestling With The Week.”

Scorpio Sky began his career in 2002 and has wrestled around the world. Sky is currently a member of “SCU” (SoCal Uncensored), a leading AEW tag team, and was among the first signees to AEW in January 2019. Featured in AEW Dynamite on TNT, as part of SCU, he helped capture AEW’s inaugural World Tag Team Championship on Oct. 30, 2019, making Sky the first Black champion in AEW. Outside the ring, Sky keeps a pulse on pop culture trends and is a self-proclaimed sneaker connoisseur.

Positioned inside Rooster Teeth and representing more than 280MM incremental views and 10MM audio monthly downloads across its network, The Roost connects quality podcast creators with the advertisers who understand them best. The network specializes in cultivating independent creator brands that align with Rooster Teeth’s community-first approach; generating revenue with its turn-key sales, production, marketing, e-commerce, events and distribution infrastructure. The Roost reaches millennial and Gen Z audiences across all platforms where they watch or listen to podcasts, including video platforms like YouTube, Rooster Teeth apps, as well as Spotify’s most recent video podcast program.