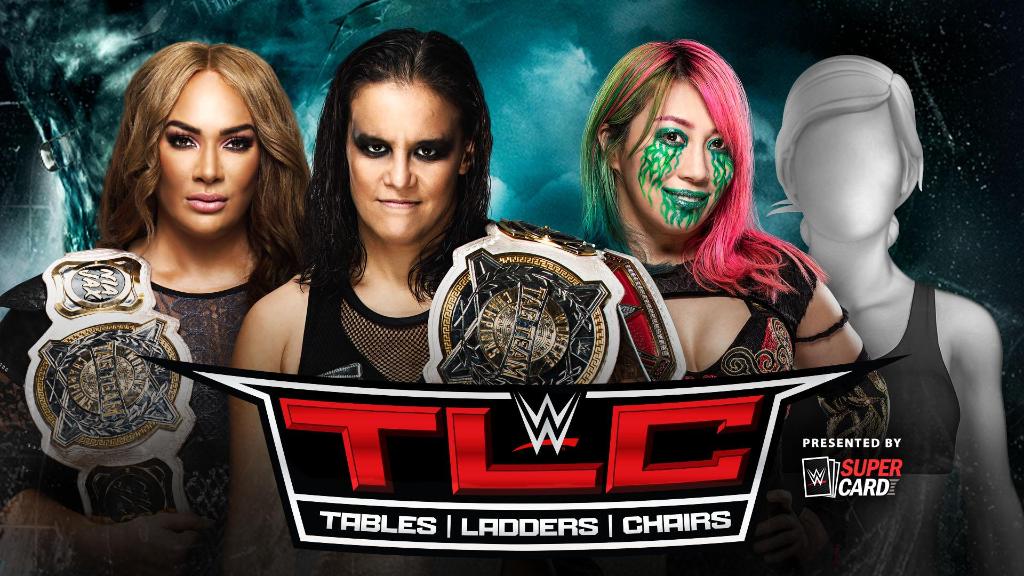 Lana has been pulled from the WWE TLC pay-per-view.

Lana was scheduled to team with RAW Women’s Champion Asuka to challenge WWE Women’s Tag Team Champions Nia Jax and Shayna Baszler at Sunday’s pay-per-view. Tonight’s RAW saw Lana defeat Jax in singles action, but after the match WWE did an injury angle where Jax and Baszler took Lana out in the middle of the ring, focusing on her arm and leg until Asuka made the save.

Baszler later wrestled Dana Brooke but Brooke won by DQ due to interference from Jax. Tom Phillips announced during that match that Lana had been taken to a local hospital with “devastating injuries to her elbow and leg” from the attack by Jax and Baszler earlier in the show. It was also announced that Lana is now unable to compete at TLC.

Following Brooke vs. Baszler, the post-match angle saw Jax and Baszler attack Brooke until Mandy Rose made her return, evening the odds with a kendo stick. Rose and Brooke fought the champs off until they got the upperhand, but the segment ended after Asuka made the save and stood tall with Rose and Brooke.

It looks like Rose or Brooke will end up teaming with Asuka to challenge Jax and Baszler at Sunday’s TLC pay-per-view, but that has not been confirmed. The announcers teased on commentary that Asuka will end up picking Rose or Brooke for her new partner.

Stay tuned for more on the Lana injury angle and Asuka’s new partner for TLC.

The 2020 WWE TLC pay-per-view will take place this Sunday, December 20 from The ThunderDome at Tropicana Field in St. Petersburg, Florida. Below is the updated card, along with a few related shots from tonight’s injury angle and Rose’s return:

“The Fiend” Bray Wyatt with Alexa Bliss vs. Randy Orton

Was it worth it? Probably not. pic.twitter.com/YhMK5vxTFx

Lana may have defeated Nia Jax, but the damage has been done #WWERaw pic.twitter.com/8WLJZBBJ1g