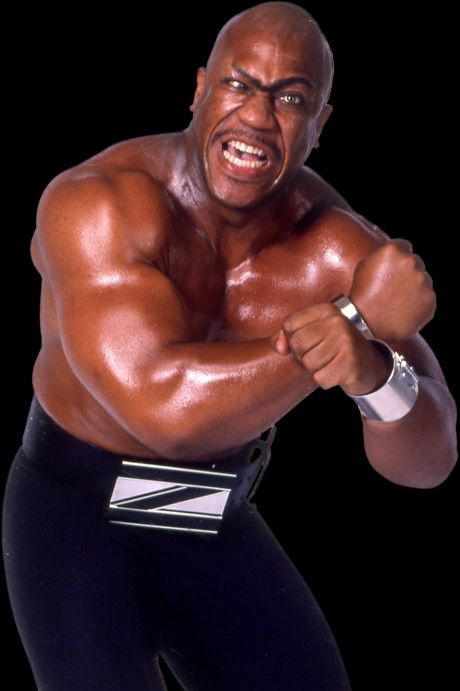 – Lister first appeared in the wrestling film No Holds Barred (1989). Lister portrayed Zeus in a rivalry with Hulk Hogan.
– Zeus would go on & feud with Hulk Hogan in the WWF. He was nicknamed The Human Wrecking Machine.
– Zeus would team with Randy Savage in a losing effort against Hulk Hogan & Brutus Beefcake at SummerSlam ’89.
– Survivor Series ’89, The Million Dollar Team (Zeus, Ted BiBiase & The Powers of Pain (Warlord & Barbarian) lost to The Hulkamaniacs (Hulk Hogan, Jake Roberts, & Demolition (Ax & Smash). Zeus was Disqualified by not letting go of a chokehold.
– December 27, 1989, Zeus & Randy Savage lost to Hulk Hogan & Brutus Beefcake in a Steel Cage at WWF No Holds Barred.
– Zeus made a final appearance in a promo for the Royal Rumble ’90.
– July 7, 1990, Zeus defeated Abdullah the Butcher by count out at a WWC event.
– March 1996, Lister appeared for WCW as Z-Gangsta as a part of the Alliance to End Hulkamania. He would take part in the Doomsday Cage at WCW Uncensored ’96.
– Lister has starred in numerous films, TV shows & numerous music videos. His biggest known role was Deebo in the films Friday & Next Friday.
– December 10, 2020, Lister was found dead at his home in Marina Del Rey, California. He recently overcame COVID-19 but then began to suffer symptoms that were similar.