Update on trainers at the WWE Performance Center 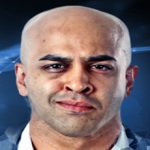 – We noted before that Sonjay Dutt was now working full-time for the WWE NXT brand. Dutt is now listed as a trainer on the WWE Performance Center website, along with Steve Armstrong and Chris Guy (Ace Steel).

Steel was originally hired as a coach in November 2019, but was furloughed in April of this year due to the COVID-19 budget cuts. He returned to work in mid-October. WWE hired Dutt to work as a producer back in January 2019 after he left Impact Wrestling, and at one point was working on the main roster.