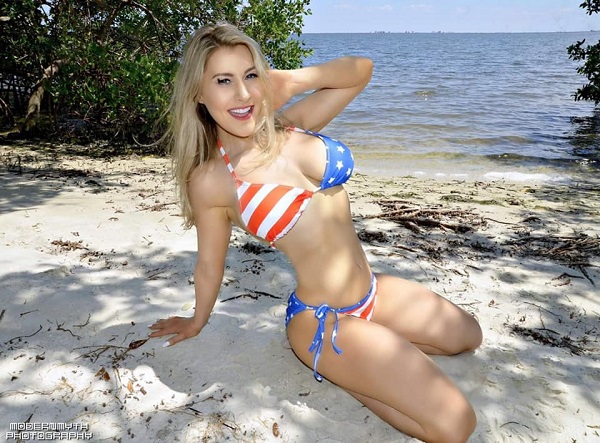 Matt Riddle has filed a motion to dismiss Candy Cartwright’s lawsuit that accuses him of sexually assaulting her. PWInsider reports that Riddle’s lawyers have filed a motion on December 3rd asking the United States District Court for the Northern District of Illinois, Eastern Division to dismiss the lawsuit due to a number of reasons, including jurisdictional ones.

Cartwright, real name Samantha Tavel, filed the lawsuit against Riddle, WWE, EVOLVE, and Gabe Sapolsky related to her allegations that Riddle choked her and forced her to perform oral sex on him back in May of 2018. Cartwright alleged that the offenses took place on a bus leaving EVOLVE 104 in Summit, Illinois and that afterward Riddle took actions which led to booking dates with WWE being canceled.

Riddle acknowledges in the filing that he had an affair with Cartwright that began in April of 2017, which he initially denied. He says the affair lasted until his wife found out, at which point he ended it in July of 2019. He alleges that Cartwright “had a hard time accepting the end of the relationship, and Mr. Riddle changed his telephone number more than once to avoid her calls. Mr. Riddle had no control over any employment relationship Ms. Tavel had with Evolve or WWE.” He denies the allegations by Cartwright and argues that the suit should be dismissed because it doesn’t establish jurisdiction. The motion states that Cartwright is not and has never been a resident of Illinois, and that Riddle does not live in or own property there, thus failing to claim that Riddle’s alleged activities were “purposefully directed at residents of the forum.”

It further states that while Riddle was in the state performing for EVOLVE, the incident allegedly happened on a vehicle leaving the location and thus his duties in at the venue were completed. Thus, it argues, even if the incident happens which he denies, that makes any professional connection to the state completed. It states that neither party should fall under Illinois jurisdiction, and goes on to state that the night in question saw a videographic named Joseph Ranta transport several wrestlers to their hotel in Michigan in his van (Cartwright initially called it a van) and includes an affidavit from Ranta stating that Keith Lee, Anthony Henry and JD Drake were all in the van with Drake in the front passenger seat, Henry and Lee in the center seats and Riddle and Tavel in the back seats.

The GPS records from Ranta’s van were filed as evidence. Ranta’s affidavit states that by the time Lee, Drake, and Henry were asleep, it was after 2:35 AM (they had stopped at a Denny’s and stayed until that point) and during that portion of the drive they drive two hours and 37 minutes to Ranta’s home in Mason, Michigan. It argues:

“Based on Mr. Ranta’s GPS and Ms. Tavel’s June 19, 2020 Twitter post, the earliest time the assault could have occurred was during the 2.5-hour drive between the Denny’s in Portage, Indiana, and Mr. Ranta’s residence in Mason, Michigan. Therefore, it is impossible to state a claim under the IGVA for violence that did not arise in Illinois between nonresidents of Illinois.”

The affidavit notes that Ranta was driving and awake the whole time and doesn’t say any assault took place, though it doesn’t deny it either.

The motion also argues that Cartwright’s allegations fail to meet federal pleading requirements that bring them beyond speculation. It states:

“Even drawing the facts in a light most favorable to Ms. Tavel, the May 19, 2018 assault is inherently implausible and her right to relief is speculative at best. Mohammed v. Sidecar Technologies, Inc., No. 16 C 2538, 2016 U.S. Dist. LEXIS 156090, at *20 (N.D. Ill. Nov. 10, 2016) (dismissing claim where court could not draw reasonable inference that defendant violated the statute based on conclusory and speculative allegations). It is implausible that Mr. Riddle would ask to engage in sexual intercourse “in front of other members of Evolve while on a bus,” immediately after performing at a wrestling event, without any witnesses in a small but full vehicle. If that did happen, no matter the size of the vehicle, surely, someone would have noticed the assault and said something. Count I does not plausibly state a claim, and it should be dismissed.”

Cartwright initially filed the suit in Cook County in Illinois. WWE then filed a motion to have it removed to Northern District of Illinois, which succeeded. WWE has states that Riddle was not under contract to them then, having signed a couple of months later, and that they were not involved in any way.