QT Marshall Says Anna Jay has the “It” Factor 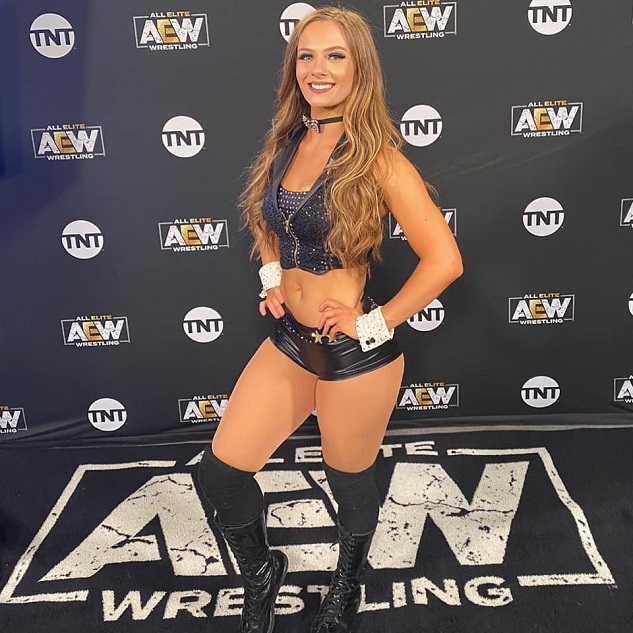 In a recent edition of Talk Is Jericho, QT Marshall discussed Anna Jay having the “it” factor, why the Bunkhouse Match on AEW Dynamite was a defining moment for his career, and much more. You can read his comments below.

QT Marshall on his students getting jobs in AEW and Anna Jay having the “it” factor: “All of my students turned into The Dark Order (laughs). Preston Vance, Alan Angels, Anna Jay, those are the three and then Lee Johnson was the other one that during the pandemic all got jobs. [Anna] is actually Glacier’s best friend’s niece. He said, ‘I have this girl. I don’t know how serious she is going to take it because she is beautiful.’ I said, ‘OK, let me see.’ She came to the school, and I’ve dealt with girls like this at The Monster Factory. She’s not going to last. Right away, she got hurt and needed shoulder surgery and she stuck through it. During that show at the school, she had done a match with Penelope (Ford) that was OK. It was only like her sixth match. And then we were at Cody’s house and he’s like, ‘What if we do Anna Jay vs Shida?’ because we didn’t have any talent. I said, ‘Dude, I’m not going to lie, I don’t know about putting her on live TV.’ This is her seventh match. But she did great. She had such a great response from the audience. They came up to me and said they want to sign her. I said, ‘OK, but if she doesn’t do well, she is not my trainee (laughs).’ Of course, I don’t ever want to take away a job from anybody, but at the same time, just know what you’re buying too. She’s had seven matches. Because she was a performer before doing recitals and whatever it was she was doing, she’s got “it.”. I used to say “it” was just an excuse for hiring bodybuilders who didn’t know how to wrestle….. Anna Jay has “it.”

On why the recent Bunkhouse Match on AEW Dynamite was a defining moment for his career: “Just being partners with Dustin, there’s a lot of nepotism and stuff that goes along with that and being friends with Cody. And I always feel like I need to prove myself. Even though I’ve been training in wrestling for 16 years, I don’t really need to prove myself. But like to certain fans, I feel like I always do, and I always have to justify why I’m here even though I do a lot of stuff. So during this match, I thought about it and I said, ‘OK, you know we always talk about like live forever. What could I do that, if I never wrestle again, that would live forever?’ And the night before, I was just at the building looking over stuff as I do on the production side of things, and I saw a humongous ladder. I was like, ‘Man, what if I jump off this ladder?’ and not realizing a ladder is probably not gonna be in a Bunkhouse Match. I was just like, ‘What could I do off this ladder?’ And then I climbed up when no one was here. I just climbed up and I looked down. So, I literally yell to one of the production guys, ‘Hide this ladder,’ because this one is way too big. I would have had to jump off maybe the fourth rung down, and then you just look like a wuss. We got a little bit smaller [ladder] and it was still like 10 or 11 feet, and man, I’m still feeling it.”