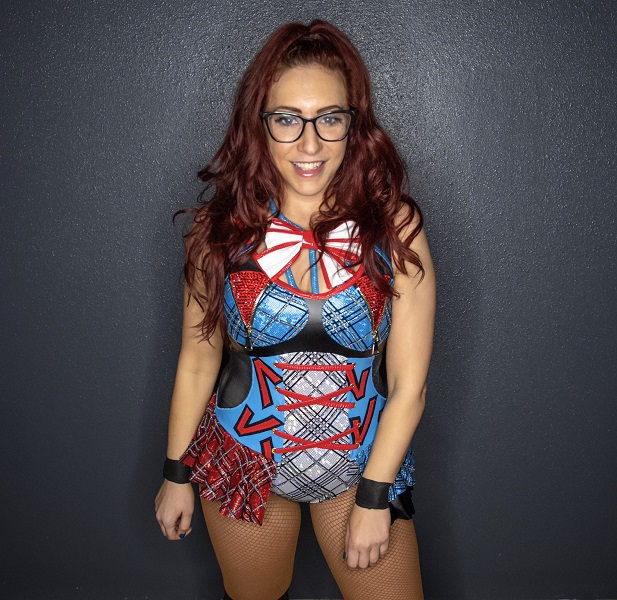 Veda Scott has worked both as a wrestler and commentary during her pro wrestling career, but she admits that a full-time move towards the commentary booth could be on the horizon for her given the nature of the business.

In an interview with the Last Minute Wrestling podcast, Scott discussed the decision between whether to continue wrestling or pursue commentary opportunities.

“I think I can do both, however I recognize the value of committing yourself to one thing, particularly if you’re looking at a higher level like in AEW or WWE or wherever,” Scott said. “Sometimes being versatile is great and having a background is great but also spreading yourself too thin makes it impossible to be good at one thing and many times being ok at many things. For me I love wrestling in the ring, that’s why I got into wrestling, but over time I’ve grown to love the broadcasting side of things, some behind the scenes side of things more than I thought I would and over time I think it evolved […]

She went on to explain why she thinks a move to the commentary side of wrestling would make sense for her.

“I feel myself moving towards that direction more so than in the ring,” she said. “Part of it is just logistically like you can’t physically wrestle forever but I enjoyed doing commentating and broadcasting at times even more than wrestling. I just sort of…I think that I’m good at it but also I enjoy being a part of the storytelling part of pro-wrestling and when you do the commentary that’s all you do, it’s trying to tell the story.”

Scott has wrestled sparingly since the pandemic started, but she did appear on several episodes of AEW Dark as a special guest commentator.