Kenny Omega On the State of the AEW Women’s Division 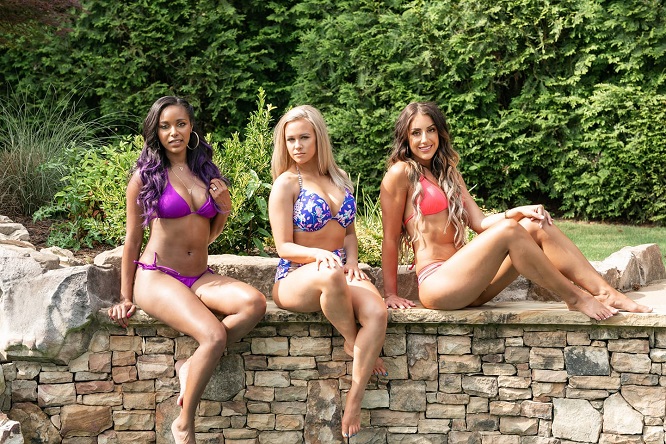 In a recent interview on Wrestling Observer Radio, Kenny Omega discussed the state of AEW’s women’s division, why the Stadium Stampede Match at Double or Nothing was one of the proudest moments of his career, and much more. You can read his comments below.

Kenny Omega on the current state of the AEW women’s division: “I’m a very big fan of the old UFC and Pride days when everyone kind of had a different look and represented a different style. Just like in mixed martial arts or boxing or any sort of full-contact sport, styles make fights. So, to have these different body types, to have these different skill sets, I do believe it really just sort of adds to the flavor of the match and really makes every combination of athlete sort of original and it gives you something to look forward to. You can take any two members of our roster and it’s gonna be very different than another two. I’m not saying there’s no other division in the world that’s doing that – I think pretty much every place is pretty much trying to build up their division in the same manner where they want people from all different walks of life, different shapes and sizes, etc. For us, I just feel we need more time in front of the camera. That’s all. I would love to get our girls on TV more, I would love to have our own show…..I absolutely loved the Serena/Rosa match. I loved it. From the get-go, they locked up like two bulls in a china shop and probably the most believable lock-up and hard-hitting match on the entire show. I was so incredibly proud of them, and it was really cool that was a match for the NWA title.

“So, we’re really trying to encourage bringing anyone from anywhere if you’ve got the talent, and if you’re willing to work hard, that’s the type of division I want to build. Now, with the NWA title being held by one of our athletes and with our own women’s championship, we’ll hopefully see more girls on the episode and hopefully dive more into these characters and get to know these athletes as people and whatever character they’re assuming. Like you said, we were hurt by the pandemic, we were hurt by injuries, and sometimes those are things you can’t even control. But sort of since day one, we’ve sort of had trouble out of the gate, and especially after last week, it’s really feeling positive and we’re taking strides forward. And again, my goal is to absolutely have a goal for the girls, to have events where it’s girls-only events, big-time pay-per-view matches. I would like to get to that stage, and I really do think there’s no limit. It’s just a matter of things falling into place.”

On AEW’s Stadium Stampede Match at Double or Nothing: “It was always something I wanted to do, whether there was COVID or not – a cinematic match is always a challenge, and I believe those matches are always held to a higher standard because people understand are cognizant of the fact that there may have been multiple takes of a certain scenario. They know if it was pre-taped and edited all nice that yeah, there probably were cuts and whatever they watch, they want it to be absolutely perfect. In a way, you almost have no excuse for it not to be. We had so many creative minds going into that match between all of us – myself, Hangman, Jericho, Bucks, Matt Hardy, Santana, Ortiz. It’s like everyone brought something to the table, and they all brought something very unique whereas, as long as you could flow and have a reason to flow from scene to scene to scene, I knew we were gonna hit it out of the park. I know this is gonna sound crazy and you’re gonna say ‘You liar, Kenny!’ But aside from when we had to sit out for about an hour because of a torrential downpour, everything we did was done in one take. I don’t remember any point in time when some wrestling that we did didn’t work out or we blew the spot.”

On why they didn’t want to do multiple takes: “There were moments where we couldn’t afford to blow it. The finish with the One-Winged Angel off of however high it was – we only had one stage. The bar scene fight – all the bottles that we used, that’s all we had. There were no extras. All the stuff we broke, we didn’t have extra tables there, and we weren’t set up for it. We just did it, it was done in one take, and that was it. When I went through the guardrail, it’s not like I had a hundred guardrails in case it went wrong, nor did I want to take a super powerbomb through a hundred guardrails to get the right shot. All the wrestling and everything, it was just one take. The process still took a long time because you had one camera crew available to go from scene to scene to scene, and that stadium is actually pretty huge. So, to run cable and lighting from all the various sections, that was the most time-consuming. And then again, of course, the unfortunate events of the rain coming down – it was insane how much rain we got for that period of time. We almost thought we had to call it.

On Stadium Stampede one of the proudest moments of his career: “I knew what I wanted to do, Bucks knew what they wanted to do, Jericho had his own ideas, and once you started to talk things through about all our ideas, every idea was unique from one another, and no one was stepping on each other’s toes. We felt like if we just have reasons to be in one of these areas without us appearing out of thin air there, this is gonna be really cool and easy to follow……..it all made sense, and when I watched it back, it was one of the proudest works I’ve ever been a part of. A lot of people may be offended if I called it a wrestling match, but I think it definitely falls within the umbrella of what wrestling embodies – a physical performance between well-trained athletes. I loved it. I know you can’t do it too often because people get burned out, but if down the road I had to do another one, it’s always a fun challenge and I hope to bring something again that new’s and exciting and fun to watch.”