Undertaker Discusses How Important Casket Matches Were to His Career 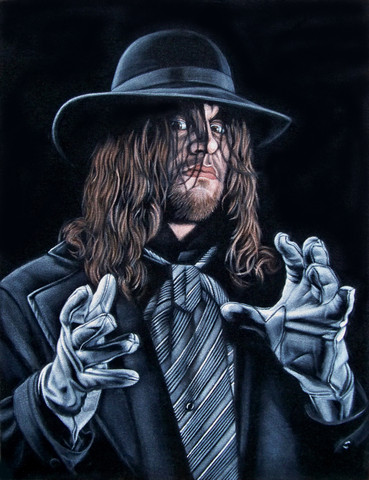 In the lead-up to his farewell at Survivor Series, The Undertaker appeared on The Bump to discuss his legendary career. The Dead Man talked about a host of topics including how important casket matches were to his career early on, wishing he could have worked with The Fiend and more. You can check out highlights and the full video below:

On the importance of casket matches to his career: “Well yeah, I think those early casket matches were so pivotal in the development of the character because they were so — I mean, you’re talking about the early ’90s. And nothing like that was being done, and just the concept of putting your opponent in a casket. Everybody has their ideas of caskets and some are very squeamish about them, other people, they don’t bother them. But the fact that you’re gonna take your opponent and lock them in a casket. I mean, it just kinda reiterated the fact that the Undertaker character is on a whole other level of what wins and losses look like.

“And I thought those casket matches and the bodybag matches were just crucial to the development of the character, and setting it apart from every other character out there. Because nobody else was doing anything — you know, there were cage matches and there were No DQ matches. But to actually lock your opponent in a casket to win, I mean it really caught people off guard considering the time period in which we did it.”

On wanting to have worked with The Fiend: “At this iteration now, I mean, the possibilities are limitless. Because he’s really taken his character to the next level. And it’s original, and it’s so different from what everybody else does. It’s so thought-provoking and it draws emotions from people. I would have loved to be able to work a program with The Fiend. I mean my goodness, there’s no telling what kind of matches we’d have come up with. Just due to the strength of his character, and obviously the Undertaker character, it would have been something else.”