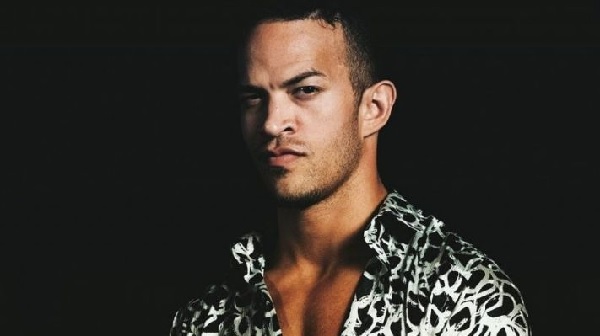 Chris Van Vliet recently interviewed AEW wrestler Ricky Starks, who discussed his career and joining AEW. According to Starks, he revealed after his AEW debut match against Cody Rhodes, he was contacted by WWE, who expressed interest in signing him. Below are some highlights provided to us by Chris Van Vliet and a video of the full interview:

Ricky Starks on comparisons to The Rock: “I should have been cast in that new biopic show that he has coming out. I’m not too sad or mad about the comparisons, right? I mean that’s cool to have that but I know at the end of the day who I pattern myself after if you even want to call it that. And I already know how my lineage is going to be moving forward. The comparisons won’t last my entire life. They just won’t. So if that’s the starter for how people see me right now and the intrigue is still there then I’m fine with that.”

On WWE contacting him right after his AEW debut: “The funny thing is, the day that I wrestled Cody I got a phone call from WWE saying ‘Hey, we’ve been watching you and we wanted to bring you in’. I said ‘Oh really? oh ok. Interesting. Of all days’. And so I entertained that conversation because I was curious but I think I knew already which decision I was going to make. And I had a very dear, great friend tell me once: you should look at the people who want to invest in you and not know anything about you as opposed to the people who only wanted you when they saw someone else having interest. So that put things in perspective and I don’t hold any ill will towards WWE but I really think they dropped the ball majorly on that. I’ll never know why and I guess I don’t care now.”
Sponsored by Advertising Partner
Sponsored Video
Watch to learn more
See More

Ricky Starks on how he thinks he needs to raise his career to the next level: “I think the next step would be a championship title. Here’s my opinion: I don’t necessarily need a title. I can be just as great without it. I could probably go my entire career without ever having a title. But obviously having the title adds a certain spice to things and that only enhances the flavor of the entire meal, right? So I think having that only takes me up another step.”

On his WWE tryout in 2017: “I don’t think I was close at all and I’ll never understand why. I love wrestling. I’ve never played any sports, I never did anything, I only watched wrestling. And I have immersed myself and become obsessed with it and I love it to death. So when I did the tryout in 2017 and I was told and saw the reaction when I killed it in the promo class and I was keeping up with everybody when we were doing the workouts and even Matt Bloom was saying how good of a job I did, I realized that they didn’t want a wrestler. They wanted someone who wasn’t passionate about it that they could probably make into it. And I still don’t get why and that was a time period where I kind of went crazy; I died my hair and I couldn’t figure out what was wrong with me. So I don’t know why that happened and I thought every time that I went to WWE I was like ‘This is going to be it. This is how I get in’ and it wasn’t and that’s fine. I’m ok with that.”