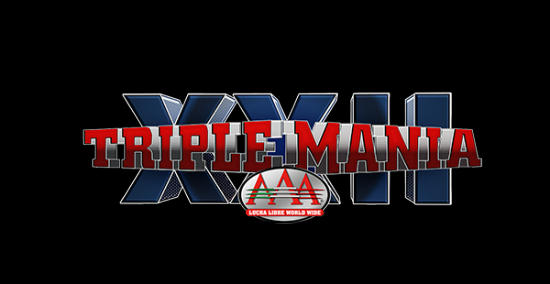 Triplemanía XXVIII has an official date, taking place just after Christmas according to a new report. LuchaCentral contributor and 411’s WrestleTakesMania co-host Eric Mutter reports that Lucha Libre AAA World Wide will hold the show on December 26th. The show will be closed doors, without fans in attendance according to the report.

The company held a press conference on October 26th announcing the show, but did not announce the date at that time. The show will see Kenny Omega defend the AAA Mega Championship against Laredo Kid, Chessman face Pagano in a Hair vs. Hair match and the new Marvel-inspired wrestlers battle in a tag match with Aracno (Spider-Man) and Leyenda Americana (Captain America) taking on Terror Púrpura (Thanos) and Venenoide (Venom).

Mutter also reports that Taya Valkyrie will defend the AAA Reina de Reinas Championship against Lady Shani, a match that has not yet been officially announced by the promotion.