The Undertaker Remembers How Nervous He Was Before 1990 WWF Debut 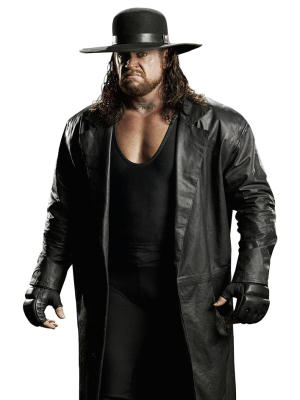 In an interview with USA Today, The Undertaker spoke about how nervous he was prior to making his WWF debut at the 1990 Survivor Series, which began a thirty-year career in WWE. Here are highlights:

On his WWF debut: “Mark Calaway at that moment is so nervous that he can barely get one foot in front of the other. This is a brand new character, and in the ring, you’ve got “The American Dream” Dusty Rhodes, you got Bret Hart, all these top-tier guys, and I’m about to basically toss them all around. I already knew in my head that this character was going to walk slow, but I’m so excited on the inside, I’m like, “Slow down.” And I was moving slow, but in my head, I want to get there and get started.”

On gaining fans over the years: “I don’t hardly ever make eye contact. It’s part of what I do. But I think there’s a lot of people that identify with that. If they felt like they’d been bullied, they don’t make eye contact with people and they feel different and they look at me as being different in what I do. Then they put it together.”

On what he wants his daughter to know about his career: “I want to make sure she understands that if you’ve got a dream, you got to go for it and you got to go all in for it. Work ethic and integrity and treating people the way you want to be treated, those are the things that I want to instill in her.”

On if he can watch wrestling as a fan: “I can to a certain degree. But a lot of times I catch myself talking to the TV like they can hear me. It’s hard to be just a straight fan, because I want everybody to succeed and to develop into their potential. So I’m kind of like, “Oh man, don’t do it. It didn’t make sense. Don’t do that. Why would you do that?” You would actually laugh if there was a camera watching me watch wrestling. I have these conversations and it’s pretty amusing, I’m sure.”