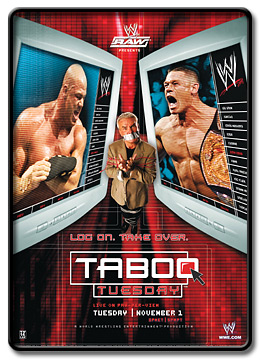 In a recent edition of Grilling JR, Jim Ross discussed WWE’s Cyber Sunday concept, whether the voting was legit, Kevin Federline costing John Cena the WWE title, and much more. You can view his comments below.

Jim Ross on WWE’s Cyber Sunday concept: “I think it was a social media experiment before its time. I think you’re spot-on about WWE evaluating how much of an impact that interaction could be on an experimental pay-per-view, if you will. As I said earlier, any time you can allow your audience to be a participant in some way above just a normal fan, I don’t think it’s a bad thing as a rule – it’s a good concept. The social media thing had something to do with it, the impact of WWE’s online presence had something to do with it, but you still want the matches to deliver.”

On whether the Cyber Sunday voting was real: “I’m fully of the belief that it was on the up and up. I really am. If it wasn’t and people did enough forensic study and you’re exposed that your votes meant nothing, it kills the concept entirely going forward if you wanna go forward. If you wanna kill the concept of internet voting, then rig it. Somebody’s gonna find out about it. I really believe it was legit.

On what he thought of Kevin Federline costing John Cena the WWE title at Cyber Sunday 2006: “Not much, quite frankly. The K-Fed thing was set up for he and [John] Cena to have a match on New Year’s Day. RAW that year was on January 1 and we were in Miami……it wasn’t like calling Rock and Stone Cold, I’ll tell you that. My hats off to John Cena for going along with it, pulling it out of the bottom of the ninth type deal, making it something. I guess K-Fed did a little better than some of us perceived he might. The K-Fed dates and the target being January 1 – Vince’s idea was its counterprogramming. All the football is gonna be on and we’re gonna counterprogram it. I don’t know how the ratings were on January 1, but nonetheless, Vince’s idea was to counterprogram football with sports entertainment.”