Wednesday night on AEW Dynamite, they ran a music video by the hair metal band Cinderella with clips of Kenny Omega and Hangman Page’s split. The song, written by singer Tom Keifer, is about breaking up with a girl. So, it doesn’t fully fit in this manly sport of wrestling about two dudes no longer teaming.

If you missed it, this is the Cinderella music video featuring the split between @KennyOmegamanX and @theAdamPage I was talking about from #AEW #AEWDynamite . @CinderellaBanda @TomKeiferMusic https://t.co/WRbasiaMry

Wow, so much heart and emotion here. Like I really felt this. 🔥 https://t.co/UvbbhcUAdT

The Wrestling Observer Newsletter reports that the limited amount of tickets for Full Gear tomorrow night have nearly sold out, with only 45 tickets left.

All but six were priced at $130 or more. With business partner tickets, that will result in an attendance of a little over 1,000. This would be the second largest US crowd for wrestling since the pandemic started. While it is close to selling out, it should be noted that All Out in September sold out instantly.

In a post earlier this month on Twitter, Cody said that the AEW TNT championship was ‘THE belt’ in professional wrestling. In an interview with TV Insider, Moxley spoke about that statement and how he felt about how accurate it was. Here are highlights:

On who he wants to fight next: “I would never look past one defense over the other. I’d like to get in there with everyone who is in that top tier of guys who I haven’t gotten to work against. You already know at the top of your head who I haven’t gotten to face yet in a championship setting. So all those got to get knocked off the list. I’ve really enjoyed working with the younger dudes like the MJFs, the Darbys, the Joey Janelas. Ricky Starks has been one I think is really good. I think he is a dude down the line. I can see me and him doing some really good stuff. Tag wrestling is such a focus in AEW. Having the best tag teams in the world, one of these days down the line I wouldn’t mind finding a partner that compliments me in some form or another, maybe a bigger dude or a younger guy. I would like a legitimate tag team run. While I have this championship opportunity in AEW, there are tag teams I’d love to work with. I love tag team wrestling. I don’t want to deny myself having great matches with FTR, the Young Bucks or SCU. One of these days I’d love to get a partner and get a tag team title run. When I had that one tag match with Darby, I was getting all excited. It felt good and made me miss it. I’ve had a good partner and been part of a pretty successful team in the past.”

On being World champion during the pandemic era: The way I look at it is I’m carrying the torch during a weird pandemic era. Nobody is going to look back on this time decades from now saying, “Remember back in the day when Moxley was champion and it was like weird with no crowds and things were f—ing strange.” A time where we had to change the card due to someone coming in contact with someone with COVID. We’re going to look back on this as a weird time, but to me it is what it is. As the good guy around here, I bring stability to an unstable world. People watch our show because they want to escape and have fun and not think about anything bad. They want us to tell stories and inspire. When you tune in to AEW, you know Jon Moxley is the f—ing world champion no matter what challenge is put in front of me. I have to keep my head held high and persevere.

I have to present strength to people. There was a time I was in a literal sea of fans bleeding and sweating. It was a totally different world. It has been my job to cultivate and grow this championship. It’s kind of like the Powerball. If you just flip flop a title every 30 seconds, it becomes a prop. The more you defend it against different challengers and situations and put value into it, the value goes up like the Powerball. So when someone does cash in, it’s a huge monumental moment. Chris Jericho was the perfect choice as the first champion to establish it. Now it has been my job to foster the value of the title. It’s really easy to do when you have so many talented guys to wrestle.” 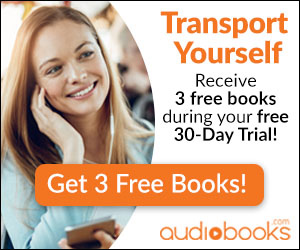