List of Talent WWE Has Banned from Appearing in Thunderdome 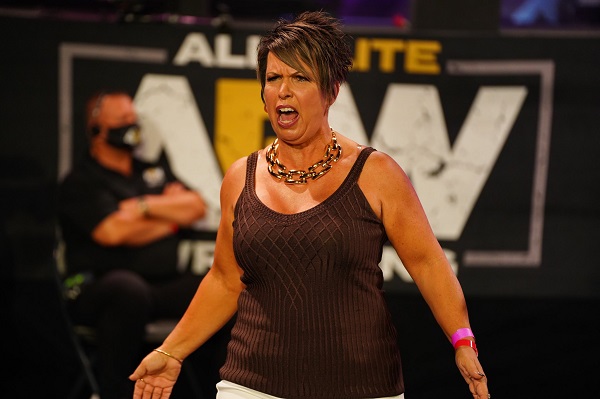 A video was revealed highlighting a list of names of wrestlers, past and present, that are banned from appearing and/or having their pictures shown on the Thunderdome.

The video goes behind the scenes on how they monitor the ThunderDome and move or remove fans or images as they need to for moderation purposes. The still shows a paper with a list of images including the logos for AEW, Impact Wrestling and NJPW. There are also a ton of images of wrestlers, which HbN reports are as follows:

Most of these are former talent who now work for AEW, though others are people who have been critical of WWE (CM Punk, Billy Graham, Ryback, Jim Cornette) or those who have had significant scandals or caused “black eyes” on WWE like Amore, Benoit, and Massaro. ROH’s Marty Scurll is also on the list.

Another notable set of images on the apparent banned list are the flags of Hong Kong, Taiwan, and Tibet. These are all associated with China, who do not recognize any of them as independent states.

This may be a decision in order to avoid damaging WWE’s business interests in China, which has been known to refuse to do business with any corporations and even countries which may be shown to be sympathetic to independence movements or the sovereignty of those regions.