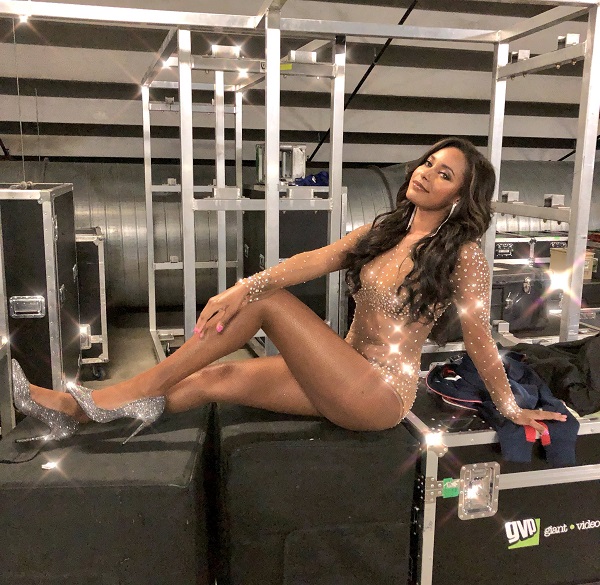 In a recent interview with Sippin’ The Tea, Brandi Rhodes discussed whether AEW would consider adding women’s tag team titles, how AEW has approached testing during the pandemic, and much more. You can read her comments below.

Brandi Rhodes on whether AEW would consider adding women’s tag team titles: “The tournament was a step in the right direction because, across the board, there was this thought that we didn’t have enough women to do tag team wrestling in AEW. A lot of people got really downhearted when we had some injuries and things like that. So, I think that this showed everyone that we have the women available – we’ve got great women, great characters, great in-ring competitors, and we can hold people’s attention and put something really good together. So, my hope is we continue to grow and go in that direction, but I can’t promise anything because it’s week to week these days.”

On how AEW has approached testing during the pandemic: “We just have from the very beginning been extremely careful, whereas we could’ve gone around some corners and saved some money without maybe doing the testing or doing as rigorous of the testing. But we just decided it’s more important to make sure we know exactly what’s going on with everybody, so let’s just do all the medical. We’ve been doing that from the beginning – we took about a month off in the very, very beginning to get everybody together and make sure it’s safe to continue doing this, and then from there, every time you leave and come back, you’re tested here. If I were to go home and come back, I’d definitely have to get tested again, so it’s just been really smart and we’ve had this great medical team that’s been on point with everything and everyone feels good and safe when they come here. It’s also a testament of when people go home and go to their normal lives, it shows that they’re being safe and thinking of everyone else with what they’re doing because they know they’re coming back here…..we’ve tightened up for the family, and it’s made AEW more of a family which is great.

On wanting Black women and women in general to hold more positions of power in pro wrestling: “It’s just a door opener for where a door has been very, very closed for a very, very long time. We’re starting to see these doors open up again. It’s a big job because I want to continue to see these doors open up – I don’t want this door to open for me and then just close again. I want it to open and I want more people to keep stepping through it. It’s kind of all on my shoulders and thankfully I’m doing an alright job, and I think people will continue to want to have more women in positions like these because we can – we can do this. It’s only better for organizations to be more open to this because you’re opening yourself up to more ideas and things you maybe didn’t think of.”