Karlee Perez On WWE’s Control Of Their Talent: “They Do It Because They Can 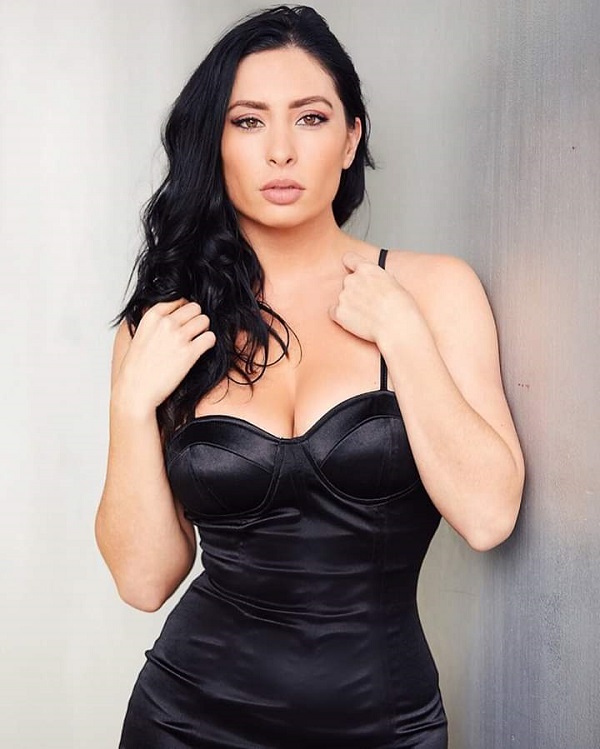 On if WWE and AEW on-air talents should be SAG:

They’re not getting the time and the coverage that they should be getting, that you get being SAG and union, and wrestling will never do that because that’s something that would cost a lot of money. That will cost a lot of money to protect the talent like that. Do I think they should? Absolutely. They absolutely should, but Vince has been getting away with that for quite a while now.

On WWE taking control of their talents’ outside projects:

They pick and choose [when] they want to pursue certain things because then they get a piece of it, and that piece of it is large. So if you’re doing the work and you’re putting in the time and you’re doing the acting classes or you’re out there hustling for yourself, why should they get a piece of that? There has to be some kind of ground and understanding, and so many of the talent, I get it, they want to grow and expand as much as possible. And that makes total sense.

They’re in front of, you know, millions of people already, and they can expand a brand. And of course, Dwayne is one of the largest we can think of with brand expanding from wrestling into Hollywood. So, why wouldn’t you want to do that? They look at him and that’s inspirational. If he can do it, well then, I can expand this brand, but now, WWE has that control on who gets to and who does and doesn’t win and why and where. They do it because they can. I don’t think they do it for any other reason, just the fact that they can do it, and you’re not going to say no.

And the people who do say no like myself, that’s looked down upon. So the fact that you can go and expand in something else, they don’t want people knowing that because that’s scary, that’s nervous to them. So they don’t want the talent knowing that, ‘wow, people have left and went and did other things and expanded on it.’ That’s not the kind of image they want to push.

On her experience working on Lucha Underground:

I missed my friends, the family I grew up with in WWE, but eventually, we became a family at Lucha. The content was better. It was just better. Everything was better, and there’s a reason it was better. We had stars from all different walks of life, different parts of the world, from people that were known and people that weren’t known, and it showed that if you let people do what they’re good at and give them that freedom to expand and not try to control them, people work better when they’re happier.

And I felt like that’s what was happening with Lucha. We weren’t walking on eggshells behind the scenes to work when we got there. Everyone was chill, you work better that way. And it turned out to be a small show that turned out to be a really cool and impressive thing for the wrestling business, and I’m happy I was a part of it. It was a really fun experience.

On her Hollywood career path compared to Dwayne “The Rock” Johnson’s:

All the respect in the world for Dwayne. It’s amazing what he’s done. I’ve met him numerous times when I was in WWE and outside of WWE. He’s obviously a massive superstar, especially in the action world. The projects that I have coming out–I’m producing a project right now based on the Miami River Cops, which is one of the largest cop scandals of our time, and it was in the ’80s. I own the life rights to it, and we have the director of ‘Narcos’ attached. A lot of the projects I’m pushing and I’m producing now are on the drama, real life-size.

Obviously, I don’t plan on trying to catch up to Dwayne, but he’s heavily in the action side. I really want to start pushing drama, those gritty, dark, cool stories, real life stories. I’m producing now the FUBU scripted story with Daymond John from ‘Shark Tank’. Those inspirational cool stories that bring people inspiration and motivation in different ways but once again, like I said, all the respect in the world to Dwayne and what he’s doing on the action side, I just want to push the other end.

On her new movie Seized, available now on iTunes and Amazon:

For anybody out there who likes action flicks, Scott Adkins is one of the top action stars out there. He’s wonderful. He was great to work with. We shot scenes in Mexico. It was really dope to be out there and right on the ocean. It was pretty relaxing, but everything was moving very quickly during filming ‘Seized.’ I was able to work with Mario Van Peebles, who’s a legend in Hollywood.

He’s been around forever. He’s an amazing actor. He was great to work with. He did a great job, and I thought our chemistry was very good together too. I really enjoyed that. I learned a lot on that set. That was my first heavy action film, so it was cool to do. I performed all my own stunts as everyone else did, so it was cool to kind of get back into that. It didn’t feel difficult for me, probably because of the wrestling background.

I think it’s fun, and I really had a really dope fight scene in there. I’m glad that they kept it. We did that fight scene maybe 40 times. It was intense. I broke some heels. One of my outfits ripped. We were really going at it there for a minute.