Deonna Purrazzo Talks about the Dangers of Body Shaming 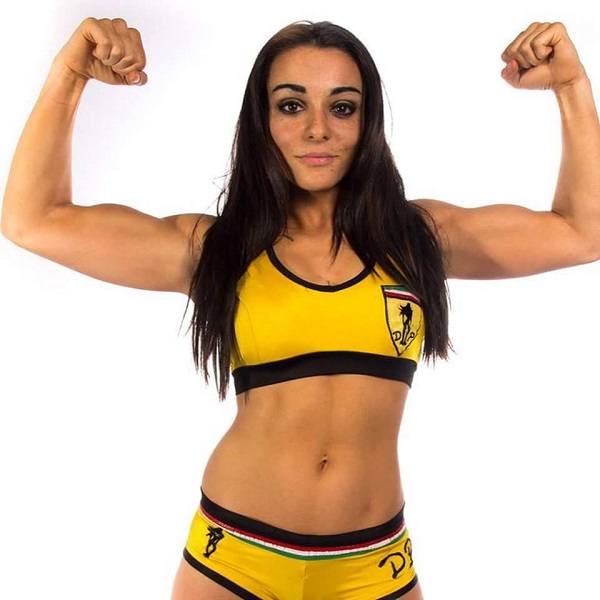 In a recent interview on Wrestling Observer Radio, Deonna Purrazzo discussed the dangers of body shaming on social media, avoiding the mentality of trying to look like other women in wrestling, and much more. You can read her comments below.

Deonna Purazzo on responding to a Twitter user saying she needed to lose weight and the dangers of body shaming on social media: “Over the last year and a half, I’ve gained weight. I’m not the thinnest I’ve ever been, and I’m OK to admit that. There’s been a lot in my personal life that has affected my mentality and my mindset. I think that’s it natural for people to attack women’s bodies in particular for ‘You don’t work out’ or ‘You don’t eat right.’ Mindset is everything. Mental disorders and depression – things like that really come into play, especially for women’s bodies. And for my age, everything is kind of changing and I’m trying to adapt to it. So, I just feel super strongly about the fact that people think it’s acceptable to criticize someone else’s body, especially because I was that little girl that wanted to be a wrestler her whole life. I grew up seeing what women’s wrestling was in the early 2000s – I thought to have a boob job and to have bleach blonde hair and all these things made you a woman.

“Recognizing that has shifted my mindset and made me have unrealistic expectations of myself for the majority of my childhood – it makes me get really defensive in these situations because I was that little girl that thought about anorexia and thought about bulimia and I was never either of those things. But, my mentality could’ve allowed me to become very unhealthy. To see that perpetuated today on social media is just something I feel so strongly about because you can get very sick and if you take other’s opinions like the guy who told me I needed to lose 30 pounds on Twitter and do some squats – if I was not a stable person with a strong personality and strong-willed and I let that sink in and affect me, that could be very unhealthy. So, there was something that struck a nerve in the little girl in my heart that was like ‘Not acceptable’ because me 10 years ago might have taken that personally and done some things that are very unhealthy. I really try not to acknowledge these people, but something about 30 pounds is like a lot. It’s just something I couldn’t let slide.”

On avoiding the stereotypes of what women should look like in wrestling: “I started at 18 years old and had just graduated high school and your body is still developing and you’re still choosing what you want to be for the rest of your life. You fast forward eight years later, and of course, I don’t look like that anymore. Even at my leanest and my skinniest – it’s been two and a half years. Life is different – I’m a different person and have a different mindset. I think I’ve always been able to avoid the stereotypes because I am who I am and I accept everything that I am. There is work to be done and I’m a constant work in progress mentally and physically.

“If we don’t learn to accept that and just know that everyone is a work in progress, that’s where we’re running into these things on Twitter or these arguments or mental disorders and illnesses. We’re all works in progress. If I wanted to go get a boob job tomorrow I could, but I’m confident I don’t need one because my wrestling speaks for itself. I’ve been doing this long enough to where it’s not needed anymore. But when I was 18, I definitely thought it was needed. I had a strong core of people that surrounded me saying “You’re fine the way you are’ and ‘Be a great wrestler and be able to lead people in the ring and be able to rely on your learned tools before you rely on your cosmetics’ because your brain and knowledge will get you a hell of a lot farther than your mind ever will.”