Big Swole on Brock Lesnar: “I don’t care who you are” 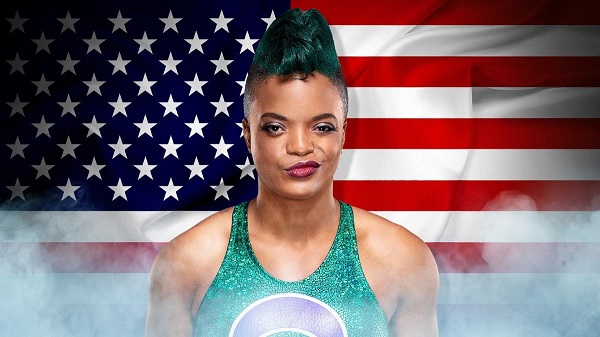 Big Swole has become known for a story about when she walked up to Brock Lesnar backstage at Raw and said she could kick his ass, and she discussed the story on 411’s new YouTube show “My Big Break” with Gerry Strauss. Swole talked about the moment earlier this year on the AEW Unrestricted Podcast, saying that she walked up to him and said “I just want to let you know that I could whoop your a**.” and that he said it was funny, asked her name and said, “Okay okay” before walking off.

Talking with Gerry, Swole recalled her reasoning for approaching Lesnar and how she’s was labelled as “abrasive” for her attitude, though she said her approach has generally been beneficial for her. You can check out highlights and the full video below:

On telling Brock Lesnar she could “kick his ass”: “I mean, everybody is just doing their own thing [backstage]. I’m just like, ‘I’m gonna be me 100% of the time. I can’t sugarcoat it for nobody, and I don’t have to lie to kick it. That’s one and two. [Laughs] So when I’m out and about, I’m like, ‘I don’t care who you are. You’re human just like me. I’m pretty sure you put your pants on, you take your pants off.’ Like, I don’t care who you are.”

On being labeled as “abrasive.”: “I mean, I’m abrasive. I guess that’s the word that ‘corporate’ labels people who are like me, abrasive. Which you know, I don’t give a flying flip.”

On if her attitude has paid off for her: “There are a lot of people who appreciate my abrasiveness. And in all honest, it’s — I’ve gotten respect. And that’s what I’m here for, you know. I have a lot of respect to a lot of various different people, and it’s because they’re like, ‘Oh Swole, or Aerial, you know, she’ll play no games. She’s 100% her 100% of the time. You talk to me and you want some advice? I’m not gonna tell you what you want to hear. I’m gonna tell you what you need to hear, and sometimes, hey, the truth hurts.

“It could be ammunition for somebody. I don’t know, somebody could be gunning for my back. But I tell you what, if you do shoot, you better not miss because I shoot back. People love me because I’m different. I’m not like every other celebrity or whoever else is out there. Like Mm-mm, I don’t care. You shoot at me, I’m gonna shoot back, period.”