Lufisto Talks About CZW Sexualizing Old Content, the Development of Peek-A-Boo, and More 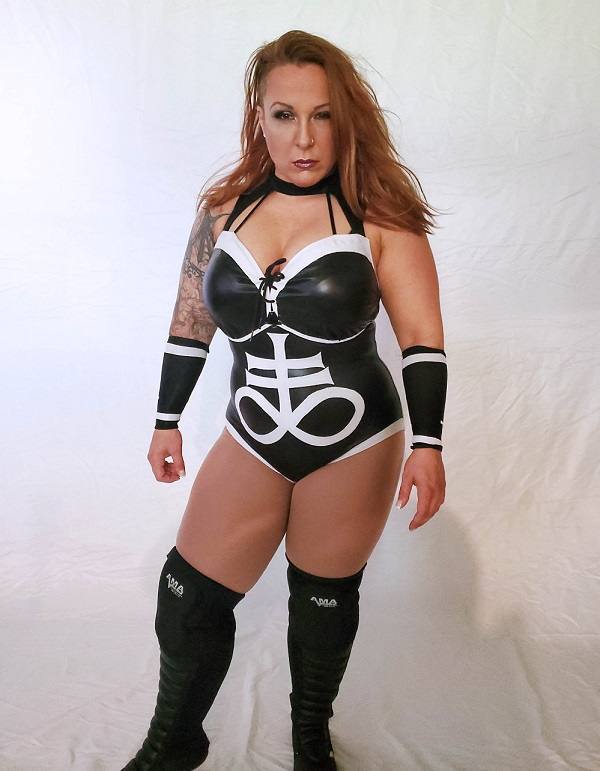 On the latest edition of Talkin’ Sass on VOC Nation, Sassy Stephie talked to legendary independent female Lufisto. Lufisto talked about her passionate fan base, the development of the Peek-a-boo doll, her CZW work being sexualized, and more. Here are some highlights:

On Peek-a-boo: “She was supposed to be a one time deal. I was working for Ring of Honor in Montreal…they were like ‘you need to be heel’, but since Shimmer was kind of connected to Ring of Honor back then I had to keep my character… so I was watching the Adams family and Wednesday – – she has a doll, but she looks at her brother and removes her head – – it’s so creepy I’m like, that’s what I need. So I went and bought a cheap doll…I painted makeup on her with a sharpie and made her a dress with one of my socks… The doll was so over, people were chanting ‘peek-a-boo’ and I got stuck with her for five years. She was more over than I was.”

On the Internet and social media, and her rabid fan base: “It’s a good thing and a bad thing. I’ve pretty much been an open book my whole career; if I wasn’t feeling good I would express it, and if I was feeling great I would also. I think it makes us human to share that. When I had my cancer and I also talked that I had depression, I kind of put it out there, and it made me feel good to actually talk about it. There were so many people who reached out, especially when it comes to the depression side. I had like tons of people who were in the Army (that) would send me long emails (about PTSD and other challenges)…they would share that with me and I felt so grateful that they were trusting me with their stories, and it was only because I put mine out there… Internet is good…people share stories and they support each other.”

On CZW selling the women’s wrestling content to a company that sexualized it: “I wish people would understand the roller coaster of emotion (that) I had when this happened…I was so disappointed. If there was a place that knows all of the struggle that I had to go through be respected, the pain and people who stiffed me, everything. That I’ve worked so hard to prove that women can do it too… This place knows the whole road to get where we are today because it happened under their eyes… They literally took captures of each and every one of us bent over showing our (butts), and that’s what they were selling… I was like ‘no, this is unacceptable.’ I had to call them out publicly because privately they didn’t do anything (about it), they didn’t care. Their girls need to know that this is happening, and when they wrestle there, that’s what they will do with their image… Not only are you lying to us, you are going back on your promise (to have a respectable product)… I was mad, I was sad, I was pissed, and so disgusted.”

On being in the process of writing a book about her career with Michael Holmes: “It was not something I thought I would ever do. It all happened because there was like an online convention, I think it was called CovidCon or something. Michael Holmes, the editor and chief of ECW Press was asked by one of the hosts who he would like to write a book (about). He said ‘I have two people: Kevin Steen and Lufisto.’ As soon as he said that (my boyfriend) ‘well maybe it’s time to start writing your book.’ If there’s one thing I did right in my career, I’ve kept everything. Every newspaper cut, Internet article, I’ve kept everything in scrapbooks from the beginning… I kind of realized that I kind of have a lot of things to talk about… It was officially announced that we were working on it. Right now we’re just compiling stories and statistics and data.”