RVD Says He’s Not Quite Done with Impact Wrestling 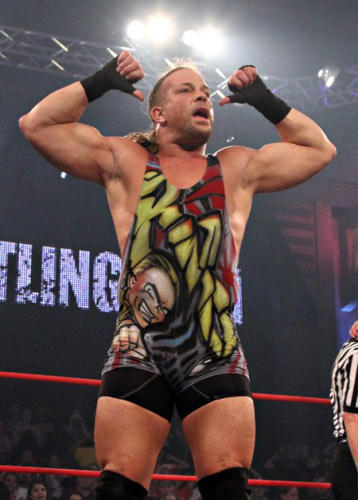 ECW Legend Rob Van Dam spoke to Hannibal TV regarding his situation with IMPACT Wrestling, where it was reported that the master of the Five-Star Frog Splash had his contract expire. Check out what he had to say below.

Where did you get that I just finished an Impact run because I’m not even…maybe you know more than I do, or you’re just going with the headlines. Come on man, you know like how many headlines have misinformation? People just grab them. Man, I’ve heard that I’m blind, I can’t see out of one eye, can barely move and there’s all kinds of stuff. I very rarely correct them and on this one, it’s fun having the energy out there and things that come from it, but it would be incorrect to say that what I read which is that Katie and I, our contracts expired, that would be incorrect. It is such a no-news kind of news because I have a different situation than Katie does and so with my situation, I’m there per-show. We had a few shows ahead on the list of obligations scheduled before the pandemic and during the pandemic, nobody was running and afterward, made up some of them and I’m just not on the TV in October. So, after that, who knows? Nobody knows, except the marks that read the headlines.