Kevin Kelly Talks G1 Climax Tournament, the difference in style versus WWE, Losing US TV with AXS, and more 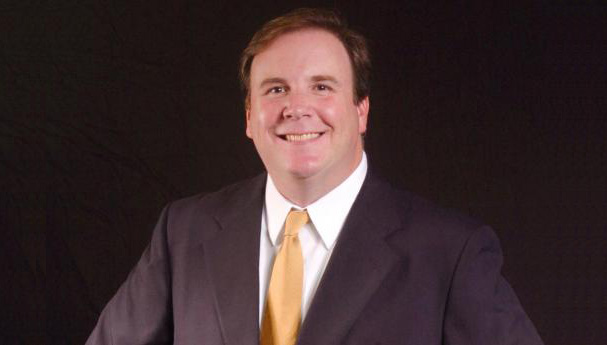 Former WWE, Ring of Honor, and current New Japan announcer Kevin Kelly was a guest on VOC Nation’s In the Room podcast. He talked about the difference in styles between New Japan and WWE, the difference in developmental between dojo and NXT, the Austin/Pillman angle, and more. Here are some highlights:

On the G1 Climax Tournament this year: “This year it’s a little different… There seems to be a lot more strategy. There seems to be a lot more targeting of a body part. Beginning the match with a game plan in mind, and kind of laying the foundation along the way… There’s been a lot less risk taking in this tournament, so the guys are fresher toward the end. Plus, in an effort to keep down headcount…only the wrestlers that are wrestling on the block are on that card… Instead of having to get dressed and suited up and compete 19 times over 30 days, you now cut that number down to 10. So the athletes are a lot fresher down the stretch. It’s been different, the shows are shorter, it’s an easy watch.”

On losing the US TV deal with AXS: “At the tail end of last year when AXS was bought by Anthem, and the TV deal came to an end, we knew that was going to happen once they had purchased it. They own Impact, so there’s no way they’re going to have a competing brand on. (So we wondered) will we have television in the United States. And everything of course immediately shut down (due to COVID-19) and I would imagine that any conversation that were being had were probably put on hold as well, because there’s not one business that hasn’t been impacted by COVID-19, and the television business certainly has been impacted. So that changes everything… (After a few months of strategizing, we) put together a television show that we could record here in the States, with wrestlers of New Japan that were basically sitting at home, but (we would) bring them in, bring everyone to a closed set, strict testing…and that became the New Japan Strong Show which is airing on New Japan World.”

On the New Japan Strong TV Show: “It’s a mix of US based New Japan wrestlers, a lot of Bullet Club, and a lot of independent guys that are mainly on the west coast that may have been seen on Championship Wrestling from Hollywood and various independent promotions…We were able to put together a pretty deep roster, plus the LA dojo is out there so we were able to use some of those guys.”

On the different between WWE and New Japan Developmental: “There’s a lack of reliance on wrestling when you get up to Raw and Smackdown because there’s less emphasis on it (than there is in NXT or the Performance Center). It works in the dojo system because the same things that you do in the dojo system, you can still do when you get up to the main roster… We (New Japan) don’t ignore our history. Tetsu Inada wrestled Kazuchika Okada when they were both young lions, and that was part of the highlight package when they wrestled in the ultimate main event in the second night of Wrestle Kingdom for the first ever double championship…. So that’s really all you need to know about the differences between the two companies.”

On New Japan vs WWE Interviews and Promos: “The New Japan stars are never told what to say. There’s not a script here. After you get done with your match, you go stand in front of the backdrop and you say whatever is on your mind, and you let the chips fall where they may… the post-match comments are a must watch for fans during the G1… It’s like truth serum; they’re not thinking they’re just reacting.”

On business during the Attitude Era: “It was because it was so fun, that everybody was encouraged to do their best, and everybody would do their best. Not everything would work, but everything was available and everything was on the table. And everybody was making money, from the opening match guy all the way to the main eventers. Guys made money like they had never made before. That certainly can cure a lot of ills. When guys are making money, you’re not going to hear people (complaining). Now as they start to take more things away – – more revenue streams – – and guys are just getting paid their down side and there’s no more PPV bonuses…work isn’t as fun and they don’t enjoy it as much.”

On the Pillman and Austin gun angle: “USA wasn’t happy. Internationally nobody was happy. Poor Tommy Carlucci had to go back and re-edit Raw every week so it could play, because there’s different rules for content depending on what time of day the show would air. I don’t know how he was able to get five minutes of content for some of those shows.”

In the Room airs live every Tuesday night at 900pm ET on VOC Nation, with the podcast dropping after the live show.

Since 2010, VOC Nation has brought listeners into the minds of the biggest stars in pro wrestling and entertainment. Subscribe to the podcasts for free, and visit vocnation.com for live programming