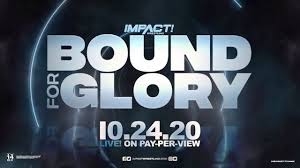 “I’LL KICK YOU IN THE FACE,” CHALLENGER RESPONDS

The biggest women’s match of the year was confirmed at Saturday’s Victory Road special event, when champ Purrazzo staved off a determined challenge from Rae’s friend, Susie, to retain her title. ‘The Virtuosa’ now storms into Bound For Glory to defend against the No.1 contender.

“I am the greatest female technical wrestler in the world,” Purrazzo stated. “I’ve proven this over and over since I came to IMPACT Wrestling by taking on and beating the best in the world. At Bound For Glory – on the biggest stage of the year – I’m going to underline that 2020 has been the year of The Virtuosa.”

Fans have become accustomed to Purrazzo’s unshakable self-assuredness, but the champion also fired a broadside against the self-confidence of her opponent.

She said: “The facts are Kylie Rae drops the ball when she’s put in high pressure situations; every pro-wrestling fan knows what I’m talking about. She is talented, she’s athletic and she’s earned this opportunity – but she’s weak. She falls apart when it matters the most.

“Bound For Glory is going to be the scene of yet another high-profile failure for Kylie — and yet another victory for The Virtuosa!”

Rae’s response was brief and direct.

The title challenger said: “Deonna is great at playing minds games, but I’m great at kicking people in the face!”

Purrazzo vs. Rae is one of the most eagerly awaited matches on a stacked Bound For Glory PPV that also features IMPACT World Champion Eric Young vs. Rich Swann and a four-way battle for the World Tag Team Championship.

Scott D’Amore, IMPACT Wrestling’s Executive Vice-President, said: “Some of the biggest moments in women’s wrestling have taken place at Bound For Glory and the showdown between these two athletes is going to take its place in that tradition. We strongly feel the Knockouts are the most exciting women’s division in all of wrestling – and I couldn’t be more excited about Purrazzo and Kylie going at it for the Knockouts title on October 24th.”

Bound For Glory will be available on Pay-Per-View in North America at on Saturday, October 24 8pm ET/5pm PT on Saturday on InDemand, DISH, DirecTV, Vubiquity, Rogers, Bell, Shaw, Sasktel and around the world digitally via FITE TV (order now).

Every IMPACT championship will be defended in what promises to be an instant classic Bound For Glory event. The full card will be announced in the coming weeks and don’t miss an episode of IMPACT! on AXS TV, Tuesday’s at 8 pm ET/ 5 pm PT.