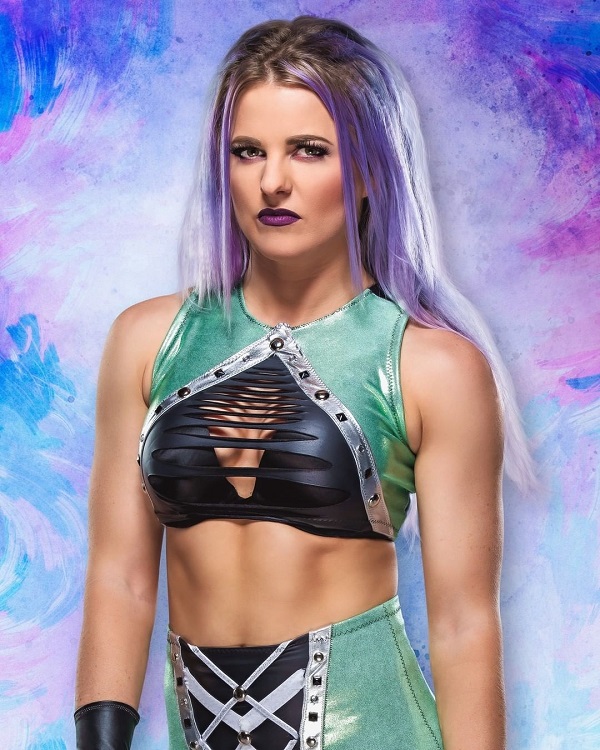 In an interview with The Daily DDT, Candice LeRae revealed that she was nervous before her match with Io Shirai at NXT Takeover: Toronto II last year. Here are highlights:

On her match with Io Shirai at NXT Takeover: Toronto II: “That [Toronto] match I was really nervous going into because I hadn’t touched Io because other than tagging as a team or being around each other or as friends, Io and I had never been in the ring against each other,” she said. “I had no idea how it was going to go, so it was very scary for me going into that. I’m thinking of all the times for me to get my big TakeOver debut and I’m wrestling someone I’ve never wrestled before in my life, that is so scary. For it to turn out the way it did, it makes me really excited for Sunday because now I’m going into it with more confidence and I’m just ready. I’ve been waiting for this my whole career. I’m so ready.”

On if she ever thought she’d be where she is in her career: “From six-years-old to now, in all my time loving wrestling, did I ever think of a more fairy tale type moment than Sunday. It’s so insane to me. I never thought my Prince Charming would happen to be a wrestler and I never thought we’d both be in this position. It’s exciting and pretty historic. It’s so cool we get to do it together at that. It’s so amazing. I’m so excited.”

On loving NXT: “I’m very biased, but I love NXT. I really love the environment, and for me, so much of it is feeling a certain way when you’re wrestling as a fan and there’s something about NXT for me that feels like home and I feel like I belong in NXT. It makes me so happy and I always feel like the talent there push me to be my best because no matter how long I’ve been doing this, I’m always trying to get better. I’m never going to be perfect, I always want to be better, and I feel like NXT forces me to do that. It forces me to be at my absolute best at all times, and I love that. I love feeling that anybody can take my spot at any moment and that I have to just go. I love wrestling, so as long as I don’t have to stop wrestling I’m fine anywhere, but I just love NXT so much. I can’t stress enough.”