Nevaeh Talks About Legitimizing Women’s Wrestling, Being a Tag Team Specialist, and More 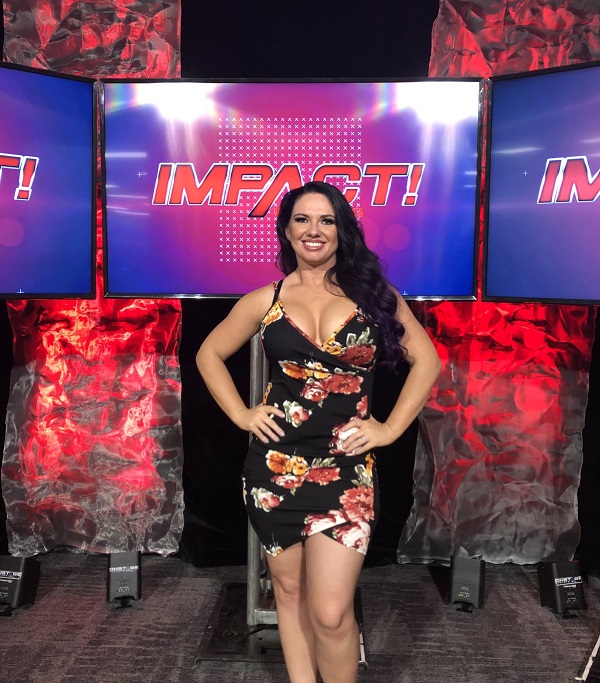 Impact Wrestling Knockout Nevaeh was a guest on the first ever episode of Talkin’ Sass on VOC Nation. Nevaeh spoke about coming up in Ohio and the number of females coming out of that territory, working to help women’s wrestling be taken seriously, and being a tag team specialist. Here are some highlights:

On coming up in Ohio where so many talented women started: “Ohio girls represent….especially when we did Slamiversary. I think after I got my gear on I stood there and it’s like: For me, Madison (Rayne), and Jessica (Havok), really three girls that came from Ohio – different parts – started at the same time, are we really on television for a PPV? It was one of those surreal moments that people talk about…it’s intense, it’s crazy.”

On being part of the genesis of Shimmer: “It was a lot of pressure in the sense of women’s wrestling was just starting that movement of being recognized as being just athletes instead of just the ‘looks’ portion of wrestling. Ashley Lane and myself at the time, to be these young, blonde head girls, we kinda had a stereotype we had to break I felt like. People would look at us and not necessarily think, ‘oh they’re good wrestlers,’ but look (at us) more like ‘they’re still divas’… For me it was that constant mindset of having to prove what we could do in the ring.”