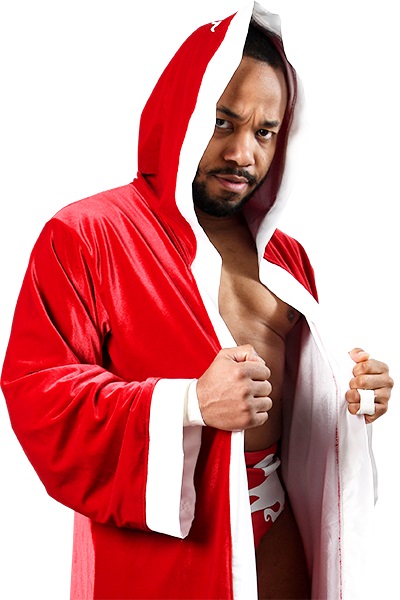 On ROH’s attitude towards ROH talent using third party platforms to monetize outside the company:

No, they are not restricting anyone. This company, it’s a great company to be a part of. You have a lot of freedom with your character and what you do in other platforms.

On evolving into his “The Octopus” persona over the past few years:

You know, earlier in my career, I was so focused on people kind of getting lost in what I present in the ring, so they wouldn’t notice my height or my size. I feel like that was the biggest obstacle to get over. People still kind of paid attention to it, but they also recognized what I was bringing in the ring. So as time went on and I finally joined Ring of Honor, and I was, in my eyes, I felt like I was able to have good or great matches with everybody I got in the ring with, I started to ask myself, ‘why is it that I’m not being used in better situation to basically climb the ladder in professional wrestling?’ And it hit me that over 10 years of my career, I’ve only focused on in-ring, and I never gave a lot of thought or a lot of time to promos and my perception as far as like my character.

So in the last couple of years, I really started to think about presenting myself differently, and that was the start of ‘The Octopus ‘moniker and the look with the different masks I tried before. It was just literally trial and error, just trying different things, and things started to click when I just kind of stopped looking and just did the first thing that came to mind instead of overthinking things?

On ROH as a trendsetting promotion when it comes to in-ring style:

I think people are now noticing that, and I can go more into detail on the pandemic and the effects of the pandemic to me on wrestling, but ultimately, I think Ring of Honor, since its inception has been a trendsetter So I look back at the guys and if you really study the matches of like [Samoa] Joe and [Bryan] Danielson and all the early guys in Ring of Honor, they were kind of borrowing The King’s Road mentality of professional wrestling that was popular.

They would build with small stories of chain wrestling and feeling out each other and using signature moves first and then using their big moves and then the moves that nobody is supposed to kick out of, I call those ‘the burning moves’, kind of like Kobashi’s f–king Burning Hammer. They borrowed it from them.

On the influence Dragon Gate had on the ROH style and encouraging talent to find their own style:

Then around 2005-2006 Gabe [Sapolsky] had the idea of bringing Dragon Gate to America, and when that happened, the style changed on the independents, and if you notice, that style took over and we’re still kind of living in that mindset of wrestling right now because its graduated to the point of all the guys that were on the lower-tier cards of Ring of Honor at that time, took that style to the next level. And it became the main style of Ring of Honor, and then those guys graduated and went off to TNA, WWE and so on and so forth. And they took that style along with them. And now that is a style that everyone is trying to do, so I believe that a lot of people are noticing that.

And hopefully a lot of the younger guys noticing that, it’s like, ‘OK, well, there’s so many guys doing this particular style of wrestling that I need to differentiate myself and do something else’ because if you really look at wrestling as a whole, everyone is wrestling the Will Ospreay, The Young Bucks kind of style of wrestling. If you’re not going to be the front-runners in that particular style, then why don’t you hop in another lane? I try to tell all the younger guys that I work with like try to emulate guys like Necro Butcher. If you think about that style of wrestling, can you name five guys that are doing that style right now. Necro Butcher would just come out and fight people. You can’t really name five guys that do that right now.

On too many promotions trying to be like WWE:

Ultimately, I look at professional wrestling, I like to think that I think of wrestling a little bit differently than most people. I think a lot of people try to chase the current fad of wrestling, and to me, that’s fine. A lot of people have success doing that, but when I grew up in wrestling, the trainers and the seminars that I went to, they would always preach this idea of wrestling is supposed to be a variety show, and as I progressed in wrestling and started doing seminars myself, I noticed that that was something that was preached but not practiced.

And I feel, and hopefully I don’t get any heat with this, but just to be as transparent as possible, I look at TNA back in the day of when the X-Division was really big, and they had the women’s tag division and the Knockout’s division, to me, they were, what, 10 years ahead of their time. If you look at professional wrestling now, I’m not sure but I think we’re still in the middle of a women’s revolution. They were ahead of the time, but then, for some reason, they decided to ditch that awesome direction and then go back to essentially being mainstream, WWE lite. They just mimicked WWE, and I feel like most companies do that instead of trying to figure out their own identity.

On the return of the ROH Pure Championship:

It was different than anything else I was watching at the time, and so when I first joined the company, I thought to myself, ‘OK, it’s cool to be here. How can I differentiate myself and stand out?’ I’m not going to stand out trying to do Young Bucks stuff. Those guys are the best at what they do, and then I looked at Cody arriving, and he was really charismatic and I was thinking, oh man, the only thing that’s missing right now for this to be a variety show, because we have the guys that can go like The Young Bucks, we have the charismatic guys like Cody [and] we need the technicians now. We need a place for them to thrive, and the only way to do that is to bring PURE Wrestling back.

To me, the Pure Title and the division is something that nobody else in the industry can try to replicate because it belongs to Ring of Honor so that’s kind of a part of our big identity. If you want to see the best technical style wrestling, you have to come to Ring of Honor. So I made it my mission, like kayfabe and my character to somehow push to bring pure wrestling back. I would talk to anybody about it at any moment. I would always talk about it to management, to the referees [and] to fans even. I wanted them to believe in this because it’s something I truly believe in.