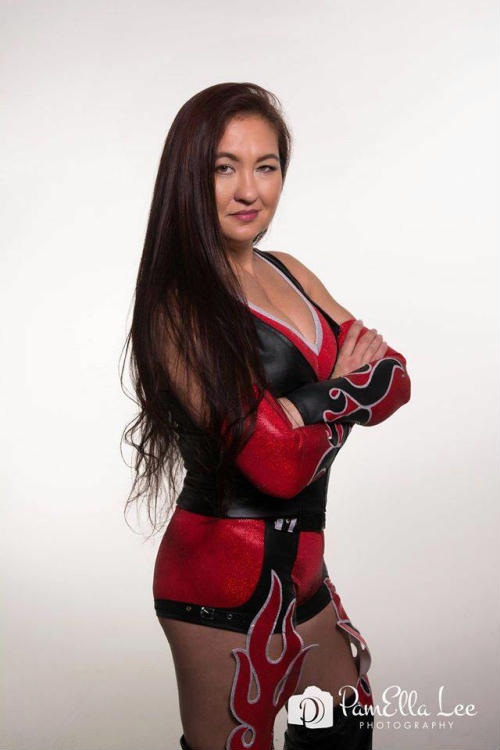 Former NWA Women’s Champion and one of the pioneers of modern women’s wrestling Malia Hosaka was a guest on Wrestling with History featuring former WWF/AWA/LPWA announcer Ken Resnick. Malia spoke about breaking barriers as well as her thoughts on the modern product. Here are some highlights:

On breaking past the stereotypes associated with women’s wrestling in the 90s: “When I came in, I had my veterans like Lelani (Kai) and Judy (Martin) and Debbie (Combs) and Luna (Vachon) and I mean in their day they were very glamourous girls. They stood out for who they were in their day. When I was coming in and we were transitioning to a smaller frame, more petite type thing…you got the stereotype going that if you were cute and petite then you couldn’t wrestle, you were a joke. But if you were more of a larger girl then yeah, you could be taken seriously as a wrestler. It was a really hard thing to fight.”

On being insulted by WWE agents: “I got told (by one of the WWE road agents), ‘why do you want to wrestle? Nobody wants to watch the girls wrestle, we have men for that.’ I was like, I can’t even believe you’re asking me that. I didn’t have a career on the independents because I’m (breasts) and (butt). I had a career because I could wrestle. People didn’t fly me all over the world because of a bra and panty match; they flew me because they were going to get a quality women’s wrestling match out of me… He was just compounded over the fact that anyone in that era would want to watch women’s wrestling because that’s what the men were for.”

On women still respecting territories long after the territory system was dead: “After the LPWA, Debbie Combs took me under her wing and would get me bookings… Even prior to LPWA and after the demise of it, the girls always had their territories. Even though the territories were gone, they weren’t gone for the girls. Your independent promoters weren’t necessarily of the (mindset) where they were going to fly in girls. They wanted the local talent. You had Peggy Lee Leather and Bambi running the Georgia area, then myself and Luna Vachon and Penelope Paradise had the Florida area. The Glamor Girls had South Carolina. Debbie Combs and Candy Devine had the Tennessee area. So we all had our own little territories and we didn’t really cross over into each other’s territories very often unless we were invited in… We wouldn’t go in and undercut each other just to get the work.”

On the modern wrestling style: “I’m going to be honest, I don’t watch wrestling because it’s not (entertaining) to me, it’s so choreographed that I’m not sucked into it… (Fans) can’t pinpoint one specific point (in a match) because so much stuff is done from the beginning to the end that they (can’t) digest any of it. It’s like watching over the top explosions in the movies; you don’t remember the first explosion by the end of the movie because there was 75 of them.”

On why she doesn’t like modern matches: “There is no bad guy, there is no good guy. Everybody is doing really cool stuff back and forth. Don’t get me wrong, I think these kids today are tremendously talented. There’s no way I’m jumping off the top rope four rows back doing a double moonsault in the air or whatever moves that they do… When you do that, what are you following that up with?”