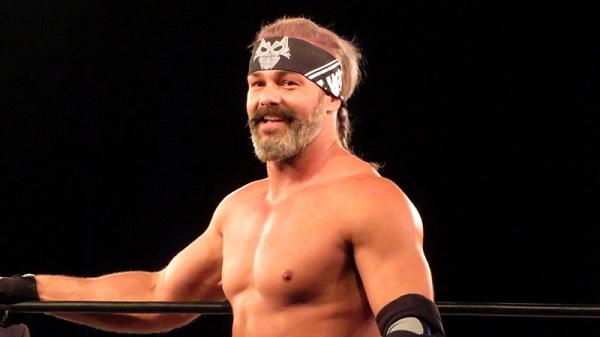 Wes Brisco, PJ Black talk about the genesis of modern wrestling in FCW.

PJ Black, formerly known as Justin Gabriel in the WWE, joined Wes Brisco live on the Brisco and Big Ace show on VOC Nation to talk about his time in FCW, the birth of the modern wrestling style, and being an instant success. Here are some highlights:

PJ Black On becoming an instant star in FCW: “At the time I’d been wrestling for 10 years. I’d been working the indies, and I started when I was 16 years old, so I had already been wrestling all around the world. I just had to learn a couple of things like camera angles, the WWE style, the backstage politics if you want to call it that, but yeah I was lucky that Steve Keirn, and Dusty, and Norman and Dr Tom, they all loved me and they gave me a shot.”

Wes Brisco on PJ Black inventing the modern wrestling style: “We kind of got a lot of time in FCW. We were able to be us and do our stuff to get us over. When you got to the main roster they kind of like toned you down a little bit. The kind of stuff you were doing in FCW was way advanced that what anyone else was doing… Everyone wants to say Kenny Omega invented that style, but you guys (PJ, Rollins, and others) kind of were on the forefront and really changed the game. You guys were kind of the first to do all that stuff… You guys did all of the storytelling, but started doing all of the cool high flying moves.”

PJ Black on coming up with his style: “Growing up in South Africa we didn’t have a style. The Japanese, they have the strong style, Mexico they have the lucha libre, the American style is very established (with) lots of TV and storytelling which is my favorite part of wrestling, and then the British style is the technical style… I took all those style and I just kind of combined them and focused on the entertainment aspect, the storytelling. Let’s face it, that’s the most important… Everyone likes the action and the stunts, but if the story isn’t good then you’re not going to give a damn.”

PJ Black on his time in WWE Developmental: “That time in FCW, that was probably my favorite time in my career… I remember getting there and everyone was just angry and upset because everyone just wanted to get to the main roster. Every time someone new came in they were like (threatened)… Everyone was giving me (crap), and once they saw me wrestle my first match and then they were like ‘oh damn, this kid can work’. Then I got booked on everything, everyone wanted to be my friend, it was the best time in my life… Here I was in the US getting paid a lot of money, I had no phone, no rent, I just got to wrestle every single day. This is the dream.”

Brisco and Big Ace airs on VOC Nation most Thursday nights, though the schedule is somewhat inconsistent based around Wes Brisco’s schedule. Unlike other VOC Nation shows, this is a podcast only and does not take live calls.