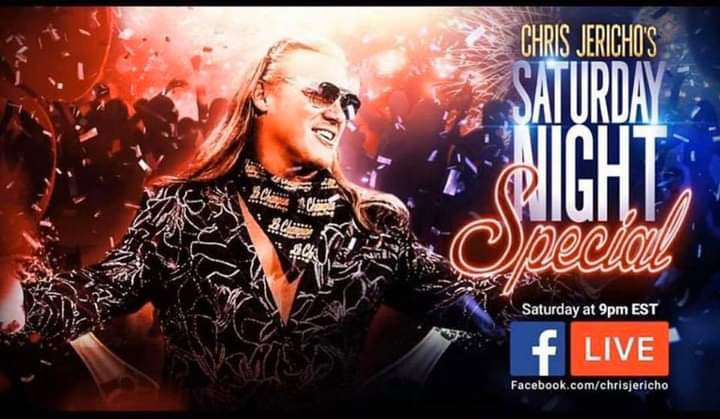 During his Stream Chris Jericho said, “Would we love to have Brock in AEW? Hell Yeah, sure. I’d love to work with Brock, we’ve Never had a match on TV or PPV ever and we have a lot of water under the bridge, shall we speak that would probably add a lot of extra fire to it.”

Jericho added, “but I think Brock will be in WWE for as long as he wants to be in the business.”

The “water under the bridge” comment is likely a reference to a backstage incident that happened a few years ago at SummerSlam. Jericho was said to be livid after Lesnar busted Randy Orton open during a match. The spot was planned but there were a lot of people concerned because plans for that match were kept a secret from almost everyone in the company. When Orton got busted open, it led to many people thinking that Lesnar went into business for himself and Jericho comforting The Beast below is the story on this ..

“Jericho was acting as a locker room leader who truly believed Lesnar had attacked Orton during the main event, and he was looking for answers. Jericho was asking for clarification from everyone in the Gorilla position, but wasn’t getting answers. Brock heard Jericho say “this is bullshit” and loudly told him that this was none of his business.

That set Jericho off and he continued asking questions, causing Lesnar to push him. When that happened, Jericho rushed in and tried to get in Lesnar’s face. It was reported that Lesnar kissed Jericho on the forehead, then said, “kiss me back, pussy”. Jericho didn’t back down and stepped up and got in Lesnar’s face.

Lesnar responded, with his arms behind his back, saying “hit me or kiss me, bitch”. Vince McMahon eventually rushed in to usher Brock away, while yelling at Chris to be more professional. Jericho fired back at Vince, saying Lesnar was the unprofessional one who started “shooting” on his co-worker, to which Vince replied, “It’s a work! What’s wrong with you?!” implying the blood job was a part of the script.