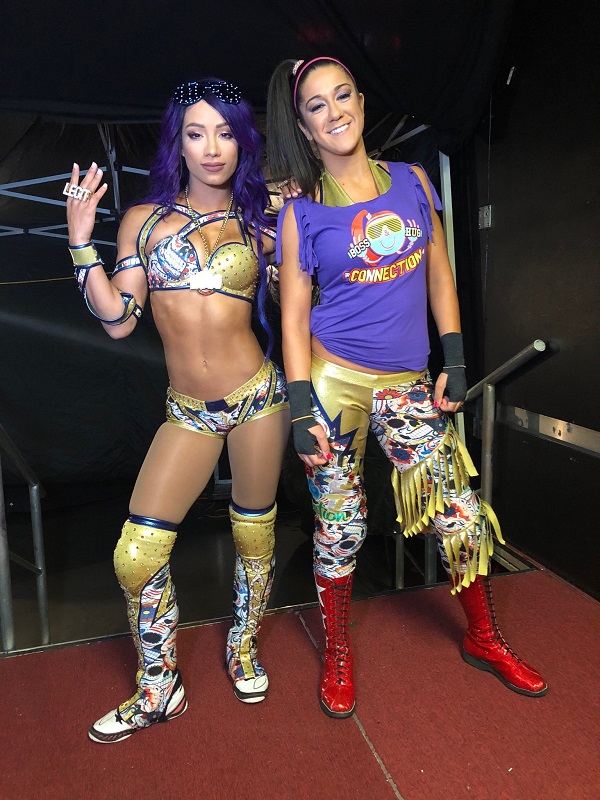 During Friday night’s WWE SmackDown broadcast, we saw the end of the Sasha Banks/Bayley friendship as Bayley attacked Sasha.

In a WWE Payback rematch featuring Sasha Banks and Bayley against Nia Jax and Shayna Baszler for the WWE Women’s Tag-Team Championships, Banks was “injured.” As medical officials were checking on her “serious leg injury” (storyline), Bayley came in to help Banks out of the ring but ended up attacking her instead. She then used the ring steps and a chair to continue her assault. This went on for several minutes and included Bayley putting a chair around Sasha’s neck and stomping on it.

Following the segment, Banks was stretchered out of the arena and put into an ambulance.